When I Met Vajpayee During His Last Public Appearance

Former Prime Minister of India Atal Bihari Vajpayee, it was said, met journalists at his residence on his birthday each year. 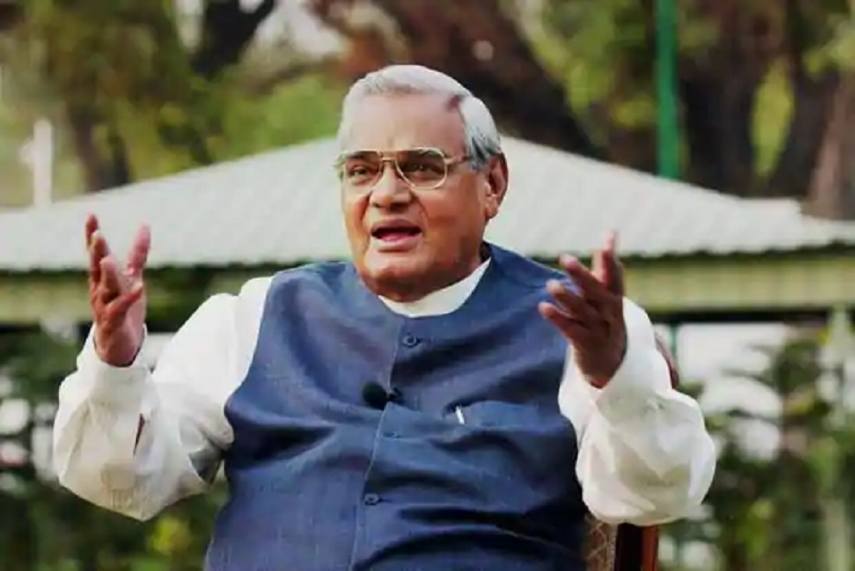 On December 25, 2007, I drove to India Gate and asked a traffic policeman the address of Atal Bihari Vajpayee, former Prime Minister and the tallest leader of the BJP at that time.

The days of GPS had not yet dawned. I had checked the address on internet but did not know the road well. The cop guided me to the place, waving his arm and signaling where to turn.

The vehicles parked outside a bungalow at Krishna Menon Marg made it clear that it was indeed Vajpayee’s.

I parked my car and walked towards the gate. There was a large crowd of BJP workers there, waiting to be let in. Outside, at a distance, BJP-beat journalists were waiting. They had been given no indication that they would be let in, and there was speculation that an ailing Vajpayee would not meet them at all.

I met a Marathi journalist, who too had just been posted in Delhi. Since we were relatively unknown to party workers and the security staff, we both decided to slip in with the crowd of party workers.

Inside, the crowd swarmed the lawn. People jostled for space, almost elbowing one another. In the melee, a glass near the door also broke.

But none was allowed to go inside. Gradually, the crowd settled in the lawn.

Half an hour later, I saw BJP leader Shahnawaz Hussain leading journalists inside. The Marathi reporter and I promptly joined them.

Hussain told us that Vajpayee wasn’t keeping well and was not in a position to interact. However, he would lead us to his room and we could one by one wish him and come out.

Journalists queued outside the room. Hussain stood inside and asked us to walk in one by one. We were supposed to just mouth a few pleasantries before Vajpayee and depart from the other door.

I stepped inside and saw Vajpayee, looking visibly ill with a wood-like visage and a hint of a smile, sitting on a chair.

The journalist in front of him wished him. Vajpayee just answered with a feeble ‘namaskar’ (hello). I did the same, facing him directly. He smiled faintly and replied with a very soft ‘namaskar’. Only a hint of the voice that had delivered speeches in Parliament since 1957 was audible. I also sensed that one hand of the former Prime Minister wasn’t moving at all.

Having done what was required, I walked out sensing that this could be the last public appearance of Vajpayee. Other journalists agreed that his health condition seemed to be in terminal decline.

We all decided not to write about his health condition. Rather, we reported an event organized by Vijay Goel that evening at the FICCI auditorium, where Lal Krishna Advani, ready to take over the mantle of leadership of the BJP from Vajpayee, reminisced on his long association with Vajpayee.

What I felt turned out to be true. By the next year, I had already begun to frequent the BJP national office. I did so till 2013 as a political reporter. But not once was the birthday celebration of Vajpayee on Christmas held. When Nitin Gadkari became party president in 2010, the BJP would on Christmas release a photo of Gadkari meeting Vajpayee. The photo would make it clear that Vajpayee was very ill.

Vajpayee disappeared from public life for a decade, till the news of his death and visuals of Prime Minister Narendra Modi walking alongside the vehicle carrying his corpse to the cremation ground brought him back in news for one last time.