'In my community, there are thousands of Nirbhayas. You can’t even imagine the way they are raped and killed,' Laxmi Narayan Tripathi, trans rights activist said. 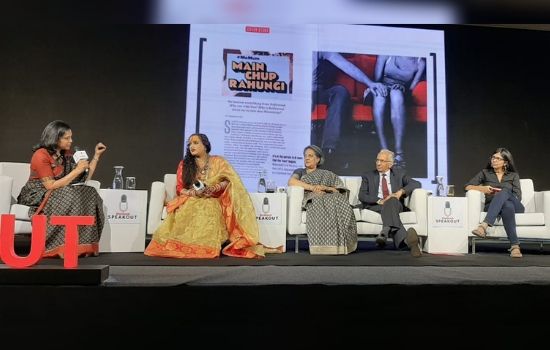 Woman safety has become a problem in India and and more so when “stalkers, molesters and rapists are sitting in the parliamenrt”, retired IPS officer and former DGP Prakash Singh said on Saturday.

"When you have stalkers and molesters and rapists sitting in the Parliament, what do you expect the people to do. Unfortunately, they have become our role models," Prakash Singh said.

Singh said there has been an erosion in the values of Indian people. “Values which we inherited from our parents, teachers, which we imbibed from the politicians of our country. Imagine the kind of politicians we had during Independence and compare them with calibre of politicians today," he said.

Echoing Singh’s views, Swati Maliwal said that it is unfortunate that even in today’s time, India is called the “rape capital of the world". She said it took her 10-day hunger strike in 2018 to get the government pass a law which made punishment for child rape stringent.

“The government assured me that within three months, police strength and police accountability across the country, as well as fast-track courts, would be increased,” she said.

But, Swati Maliwal said, it has been one and a half year and the government has not fulfiled any promise.

Maliwal reiterated that there was a need of fast-track courts in cases related to rape. She said the current litigation process in rape cases is cumbersome for the rape victims.

“I am the DCW chief and  with great responsibilityI want to say, ‘few men rape a woman once and then it’s the system that rapes her,’” Maliwal said.

Trans rights activist Laxmi Narayan Tripathi said access to justice is not available in the country because “we are not taught what are our rights."

Speaking about the discrimination and the abuses the transgenders face, Laxmi said: "In my community, there are thousands of Nirbhayas. You can’t even imagine the way they are raped and killed, and they are not even considered as human beings."

“We are the last community in this country who got their rights as Indians, and still not even a fraction is being done yet," Laxmi said.

Former diplomat and IFS officer Deepa Gopalan Wadhwa said safety of women and the violence against women is a global issue. She said some of the women, who go out of India to work as domestic help, face brutalities.

“Women from small villages of India go abroad to work as domestic help in strange environments. And I have seen the cases where they were meted out with brutalities,” she said.