Will Put Back Sonia's Plaque At Atal Rohtang Tunnel In 2022 When We Return To Power: Himachal Congress Leader

Congress leader Mukesh Agnihotri claims that it was his party which did all the work for Rohtang Tunnel, the BJP just inaugurated it. 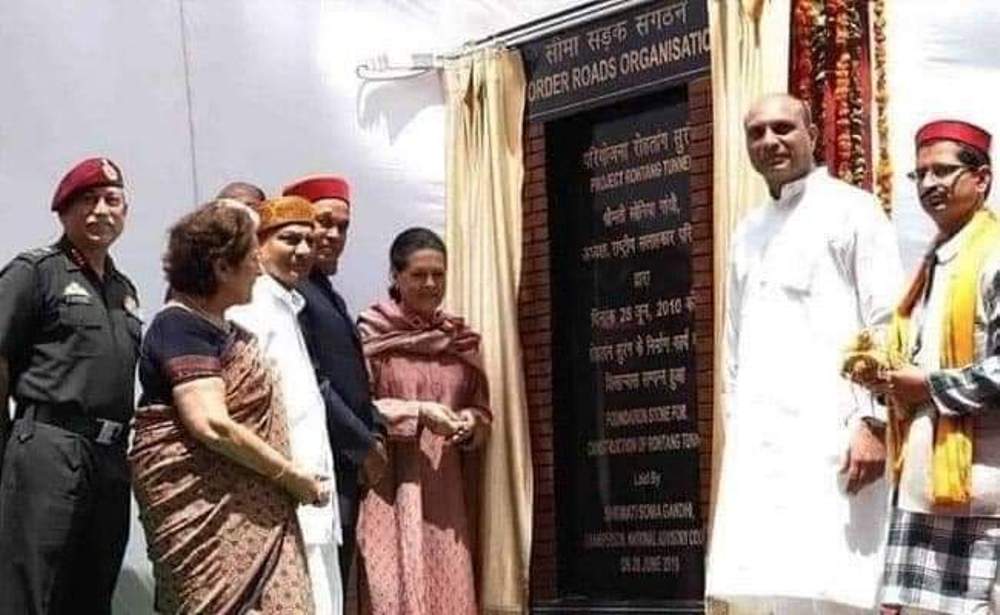 When the Rohtang Tunnel was inaugurated by PM Modi, the Congress alleged the BJP had removed the plaque of the foundation stone which was laid by UPA chairperson Sonia Gandhi in June 2010. The Opposition party has given a 15 days ultimatum to Himachal Pradesh’s BJP government to get the plaque back or there will be mass agitation. Leader of Opposition Mukesh Agnihotri spoke to Ashwani Sharma. Excerpts:

Q.You were present at the inaugural ceremony of Atal Rohtang Tunnel. Did you point out at the missing plaque of the foundation stone to anyone then?
I, along with some members of the Congress Legislature Party (CLP) went to the function on 3, October to meet the Prime Minister Narendra Modi. Built at a cost of Rs 3,200 Crore, Atal Tunnel is the longest in the world at a height of 10,000 feet. It was known to everyone that it’s foundation stone was laid by Sonia Gandhi. After the PM's speech, our MLAs went around to get a closer glimpse of the landmark tunnel. They looked for the plaque to get them photographed next to the name of their party leader, but it wasn't there.

Q. Prime Minister Modi did not give any credit to the UPA government for the starting the work of this tunnel. What do you have to say about this?
Regrettably, PM hosted a grand official function to make it a 'centre of politics'. Forget about mentioning a word about Sonia Gandhi having laid the foundation stone, or UPA’s role, he took the whole credit for the tunnel’s making. He has zero percent contribution to this project. We may agree that Atal Bihari Vajpayee ji had given a major push to this tunnel since he often used to come to Manali but former Prime Ministers--Indira Gandhi and Rajiv Gandhi had been the true forces behind it.

Q. Whom do you blame for the missing plaque of the foundation stone?
Definitely the BJP government.

Q. The Chief Minister says the tunnel was Vajpayee's dream and Modi’s vision. How do you respond to that?
The real credit for the tunnel should go to the Congress and its leaders. Dr Manmohan Singh gave Rs 1,500 crores for this tunnel. Modi has only put his name at the tunnel’s plaque because he is now the Prime Minister.

Q. Chief Minister Jairam Thakur has appealed to the Congress to not to play politics over such a strategic project of national importance.