When Will The Centre Respect The Sanctity Of India’s Federal Structure?

Despite attacks, the Maharashtra government will not be deterred but more determined to continue to serve the state without bias 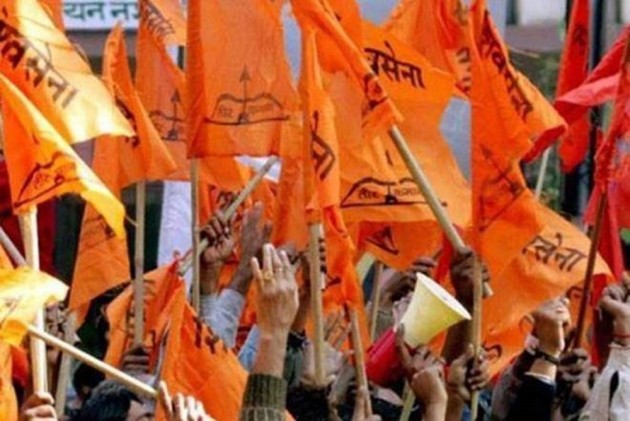 When Mumbai’s controversial metro car shed, supposed to come up at Aarey, was moved to Kanjurmarg, history was created. It was perhaps the first time ever that a state government committed to development that was sustainable and environment-friendly.

The city rejoiced when 800-plus acres were added to forest reserve land, a move welcomed across the nation. However, the central government surreptitiously moved to challenge the state government’s decision on grounds of ownership title of the land. This has been the trademark style of the BJP --- wherever there is a non-BJP government, the interference from the Centre has been against the respect for the federal structure of the country which was the very basis of states coming together under the Union of India.

Maharashtra’s Maha Vikas Aghadi came to power on the back of a failed and massively embarrassing attempt by the BJP to use their power at the Centre to install their own chief minister. The country was witness to the drama that unfolded and brought disrepute to the Rashtrapati Bhavan and the state’s Raj Bhavan. The upholders of the Constitution in the state and the Centre were sadly reduced to being mere yes-men to the BJP plan.

The country within three months of MVA government taking charge saw the spread of Covid-19, Maharashtra which was seeing a phase-wise lockdown and bring in safety protocols as Health is a state subject, however, like the rest of the states, had to enforce a total shutdown within 4 hours at the announcement by Prime Minister Narendra Modi. This announcement causes widespread panic amongst migrant labourers especially in states of Maharashtra, Karnataka, Gujarat, Delhi, Punjab, and Haryana as they have a larger load of labourers coming from other states. The country was witness to heart-breaking images of them trying to pack up their lives in suitcases and walk miles for days to reach home. There was total silence of the central government and zero support.

The affected states kept asking the Centre for trains to begin, it went unheard. The state government kept asking for central government’s support financially, it went unheard. The PM CARES fund via an ordinance was allowed to receive CSR donations. However, the same courtesy was not extended to the CM Relief Fund. The MPs MPLAD funds, the biggest support to the elected representatives to be able to provide support to the constituency, was unilaterally taken away for a period of two years without any consultation with other parties. All these powers were being centralised stealthily and the state- Centre dynamics while the state governments were occupied with dealing with the health crisis.

GST pay-out owed to the states by the centre was being delayed even before Covid struck and this stretched the financial burdens of the state. The Covid onslaught gave the finance minister an excuse of “Act of God” to absolve the Centre from the responsibility of GST compensation pay-out. In Shiv Sena’s annual Dussehra Mela, Chief Minister Uddhav Thackeray asked other chief ministers to reconsider and renegotiate the terms of agreement with the Centre on GST.

While Covid raged across the nation, the BJP continued its onslaught on non-BJP states -- it successfully brought down one state government and another one almost came close to collapsing. The Maharashtra governor continues to misuse his constitutional authority and refused to call MLC elections in May that would elect the chief minister to the council and ensure that he continued to work for the state without interruption. The logjam was only broken when the Prime Minister intervened. The governor recently wrote to the chief minister to open temples in the state and accused him “of having become secular”, which got a stinging rebuttal from the chief minister and also led to Nationalist Congress Party (NCP) chief Sharad Pawar to write to the Prime Minister.

A suicide case in Mumbai saw the Centre actively pushing its agencies into the state on basis of malicious narratives being built through social media accounts and some BJP-friendly news channels. These platforms were used to target the state, the state government, and its law-and-order machinery. The attempt was to destabilize the state government as well as to weaken institutions of the state. However, the truth has a way of prevailing, and all the wildest of conspiracy theories used to attack the government was laid to rest as the investigation progressed.

In the most recent case of an arrest of a “news” channel editor saw all the cabinet ministers at the Centre tweeting in his support and throwing words like an emergency, fascism to defend him. However, the arrest was on charges of abetment to suicide of an architect who due to non-payment of dues committed suicide and his suicide note named the accused—so an issue that had nothing to do with his journalism or his freedom of speech but of reneging on a commitment to pay for services rendered.

India’s law minister, who should be upholding the constitutional values, jumped into a tweet in support of an accused, while the investigation is on and hasn’t yet been concluded.

India’s woman welfare minister instead of standing up for the two women who lost their loved family members and kept fighting for justice also jumped in to defend. The foreign minister has no answer for China was quick to decry “undeclared emergency”, India’s failed finance minister who is duty-bound to ensure the GST dues are paid speedily also chose to attack the state government!

Despite all these attacks, the Maharashtra government will not be deterred but more determined to continue to serve the state without bias. The chief minister has already thrown the Centre a challenge to even try and topple his government. The question, however, is, will the BJP at the Centre even learn to respect democracy and the sanctity of India’s federal structure?