Home  »  Website  »  National  »  'When You Get Time Off From Dividing Country, Please Read It': Congress Sends Constitution To PM Modi

'When You Get Time Off From Dividing Country, Please Read It': Congress Sends Constitution To PM Modi

On Republic Day, Congress alleged that the government was subverting the Constitution. 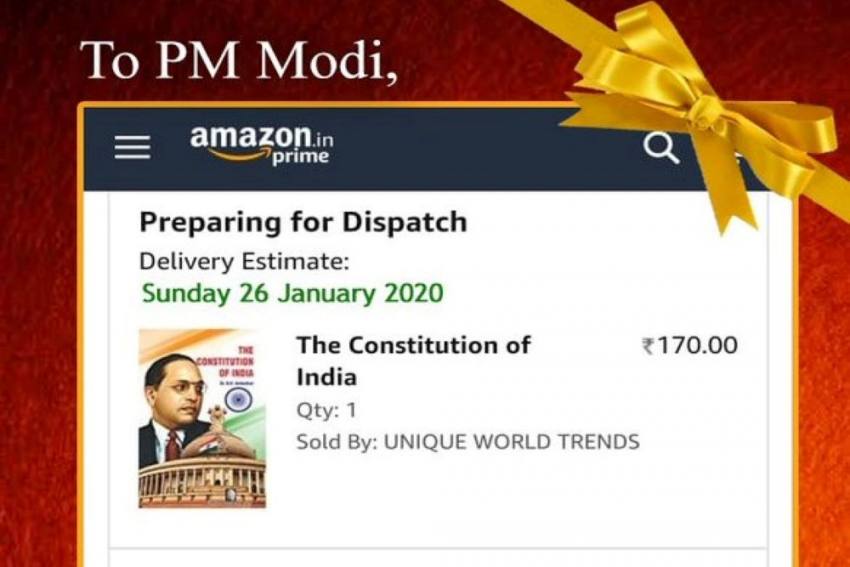 The Congress posted a snapshot of a delivery receipt of an Amazon order of a copy of the Constitution being sent to Prime Minister Narendra Modi.
Twitter/@INCIndia
PTI January 26, 2020 00:00 IST 'When You Get Time Off From Dividing Country, Please Read It': Congress Sends Constitution To PM Modi 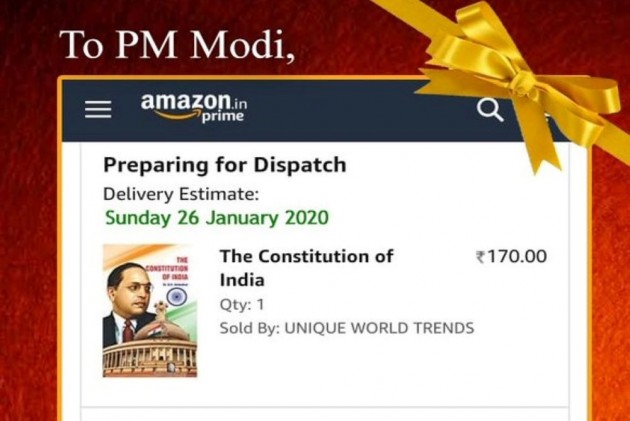 On the occasion of the 71st Republic Day, the Congress on Sunday sent a copy of the Constitution to Prime Minister Narendra Modi and took a dig at him saying, "when you get time off from dividing the country, please do read it".

The opposition party posted several tweets on its official Twitter handle, alleging that the government was subverting the Constitution.

"Dear PM, The Constitution is reaching you soon. When you get time off from dividing the country, please do read it. Regards, Congress," the party tweeted along with the snapshot of an amazon receipt which stated that the copy of the Constitution was being dispatched to the Central Secretariat.

In another tweet, the Congress said a lesson the Bharatiya Janata Party (BJP) has failed to understand is that all persons no matter creed, caste or gender are guaranteed equality before the law under Article 14 of the Constitution.

"It is this article that is completely violated by the government's Citizenship Amendment Act," the party said.

"It is important to remember that it is enshrined in our Constitution that all persons are protected from discrimination of any form. Therefore, any attempt to draft laws based on discrimination are unconstitutional," it said.

Both Rahul Gandhi and Priyanka Gandhi extended their greetings to the people on the occasion of Republic Day.

In a message on the eve of the Republic Day, Sonia Gandhi urged people on Saturday to rise above personal prejudices and stand united to protect the Constitution and its values, claiming that they are being attacked through a "deep-rooted" conspiracy.

"A deep-rooted conspiracy has been hatched to set a discourse to divide countrymen based on religion, regionalism and language as also to subvert and undermine the Constitution. An unprecedented atmosphere of disturbance, fear and insecurity has been foisted upon the country.

"The common citizen is convinced that the constitutional values are no longer safe in the hands of the present dispensation," she had said.

As We Raise The Flag Today, Let Us Also Raise The Level Of Patriotism: Chidambaram On Republic Day