Pawar also hit out at Modi's barb that the Pawars were plagued with a family feud, saying his family was very much united. 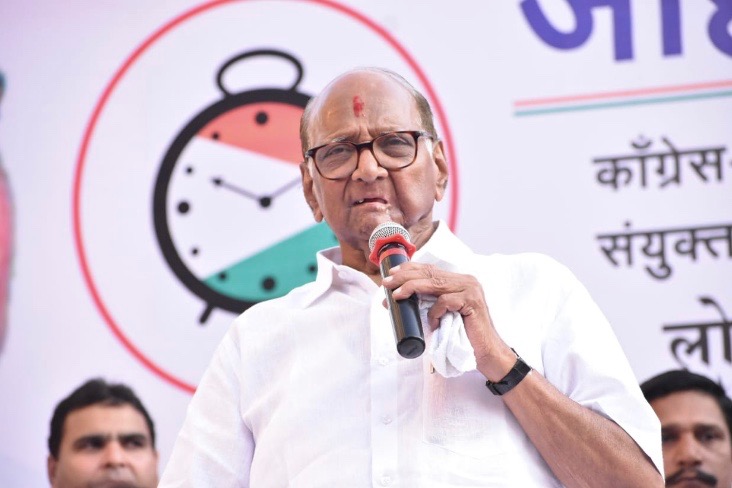 Nationalist Congress Party (NCP) chief Sharad Pawar on Thursday hit out at Prime Minister Narendra Modi for “claiming credit" for the Balakot air strikes, asking mockingly where has the “56 inch chest gone” as the government has failed to ensure the release of Kulbhushan Jadav.

"This government has been unable to ensure the release of Kulbhushan Jadhav. Where has the 56-inch chest gone?" asked Pawar at a rally for NCP candidate from Nashik Lok Sabha seat, Sameer Bhujbal.

Jadhav, a former Navy officer who hails from Maharashtra, has been on death row in Pakistan for alleged espionage.

Ahead of the 2014 Lok Sabha polls, Modi had famously said at a rally that only a person with a "56-inch chest" (somebody who is bold) could solve the country's problems.

Pawar also alleged that the BJP-led Union government does not value the hard work put in by farmers of the country.

"This government does not value the hard work put in by farmers. It does not think about the future of farmers' children.

"The BJP government did not give opportunity to farmers to lead a respectable life. Enough of this government now," Pawar said.

He also hit out at Modi's barb that the Pawars were plagued with a family feud, saying his family was very much united.

"But Modi's is a different  case. He doesn't even have a family. How will he have experience of a family? Modi is more worried about my family than the country," Pawar quipped.

The NCP chief said "nothing would be achieved if BJP leaders kept attacking the Nehru-Gandhi family and me."

Addressing a rally in Wardha on April 1, Modi had said that Pawar’s “another problem” was that the NCP was struck by the “family feud”. “Pawar’s grip on the party is loosening. The situation is that Pawar Sahab’s nephew (Ajit Pawar) is trying to take control of the party. Because of this, the NCP faced problems in ticket distribution,” Modi claimed.

Yogi Adityanath Hits Out At Rahul Gandhi, Says He Has No Time For Amethi