Reports of breakthrough infection with varying degrees of severity and even death have been reported across the country but there is no data available on post-vaccination deaths. 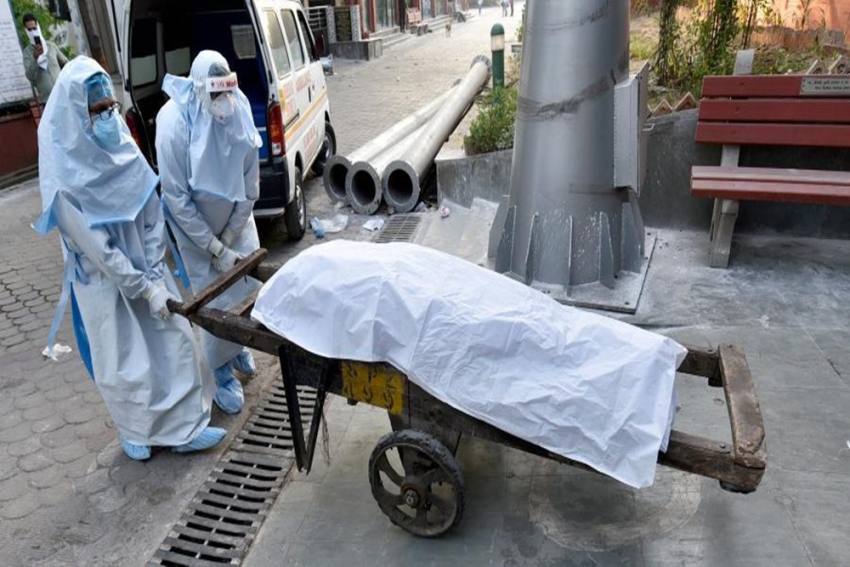 India has vaccinated over 17.7 crore population in the past four months but there is no official data on post-vaccination infections that have become severe and led to deaths.

Neither the health ministry nor the ICMR provides any regular update on the status of breakthrough infections and deaths in the country.

On April 21, Professor Balram Bhargava, Director General, the Indian Council of Medical Research (ICMR), in a press conference, presented the post-vaccination (also known as breakthrough infection) data of the two vaccines, Covishield and Covaxin, but he didn’t talk about severe cases that resulted into deaths.

Fact Check: Can You Get Covid Even After Vaccination? Govt Clarifies

“Two to four persons out of ten thousand breakthrough infections have occurred after vaccination,” Dr Bhargava said as he addressed the media.

During the clinical trial, both the vaccines showed 100 percent efficacy against severity or death.

However, after the actual rollout, reports of breakthrough infection with varying degrees of severity and even death have been reported especially among doctors and healthcare workers from across the country.

According to Dr J A Jayalal, President, India Medical Association (IMA), “Out of 216 doctors who have lost their lives in the second wave to date, 2 to 4 percent had taken both the doses of the vaccine. So, the number is quite small.”

However, the question is, “Is there a particular strain of Covid-19 that is able to escape the immune response in a vaccinated individual?”

There are reports that the government is planning to establish a national platform to determine the impact of Covid-19 vaccines.

“I think this is very important to find out so that we take the corrective measures if required. We have actual data of over 17 crore vaccinated individuals. We should analyse and release it on priority basis,” Dr Sanjay Rai, President, Indian Public Health Association (IPHA) said.

The discussion gains significant importance after Dr Vinod Scaria of Institute of Genomics and Integrative Biology Delhi recently released a study on six healthcare workers from Kerala who became Covid-19 positive despite taking both shots of Covishield vaccine.

He found that while four were infected with the UK variant B.1.1.7, the remaining two contracted E484K and S477N mutations. These two mutations in spike protein are associated with immune escape.

Dr Scaria study concluded that despite contracting infection all of the patients developed only mild symptoms, supporting the belief that vaccines offer protection against severe Covid infection.

Asked if he is aware of any completed or undergoing study related to post-vaccinated severe infection or death, Dr Scaria said. “None that I know of.”

“We get referrals for sequencing from states as well as hospitals. If anyone has such cases, I would be happy to collaborate,” he added.

Gyaneshwar Chaubey, a professor of genetics at Banaras Hindu University (BHU) said, “There is no denying that the post-vaccination death is quite low, however, it is quite important for the government to release the exact position along with the fact that if there is any variant that has a high probability to escape the vaccine-acquired immunity.”

Health experts also say that the public research and health bodies in the UK and the USA have been coming out with the effectiveness of first shot of vaccines, India is clueless even about two-dose effectiveness.

The national public health agency of the USA, the Centre for Disease Control and Prevention, has been regularly updating the data on vaccination and breakthrough infection.

According to the website, as of April 26, 2021, more than 95 million people in the United States were fully vaccinated against Covid-19 and the total number of vaccine breakthrough infections reported was 9,245. So far, 132 have died.

“I think we need to conduct genome sequencing of all those breakthrough infections that become severe and lead to death. This is crucial to find out which variant or mutations are escaping antibodies and what are the reasons for deaths,” Dr Rahul Bhargava, HoD, Department of Hematology, Fortis Hospital, said.

Data from Fortis group shows that out of 2000 doctors, 1600 were vaccinated and 105 developed Covid-19 infections but only one was admitted to the hospital with mild infection.

“It tells a sorry state of affairs of research and data analysis that even top scientists in the country have only anecdotal experience or hypothesis on breakthrough infection,” Dr Rahul Bhargava added.

Dr Vedam Ramprasad, CEO of MedGenome, leading South Asia Genetic Diagnostics, Research and Data Company, says that unless the ICMR has a large amount of sample, it won’t give meaningful answers.

“Considering that virus will mutate and variants of concern have already been reported and breakthrough infections are being talked about, it is important that we generate high-quality genomic data and with other metadata in needed volumes. This will certainly facilitate our understanding in a significant way,” Ramprasad said.

Many experts feel that sharing of data will bring confidence among people and minimize vaccine hesitancy.