Indicators Point To Economic Recovery But Revival Will Be Fragile: Brickwork Ratings

It estimated that the economy is likely to contract by 13.5 percent in the second quarter (July-September), and the contraction in FY21 (April 2020 to March 2021) is likely to be around 9.5 percent. 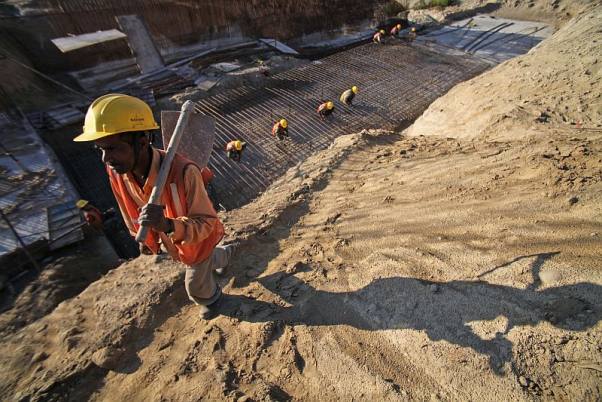 After six months of severe stress triggered by the toughest lockdown so far, some high-frequency indicators point towards economic recovery but there are signs that this revival is fragile, Brickwork Ratings said.

It estimated that the economy is likely to contract by 13.5 percent in the second quarter (July-September), and the contraction in FY21 (April 2020 to March 2021) is likely to be around 9.5 percent unless the government takes the immediate initiative to revive the economy.

"After six months of severe stress triggered by the severest lockdown so far, there finally is some good news on the economy. Some high-frequency indicators point towards economic recovery," it said in a report.

The manufacturing PMI has shown a sharp increase from 52 in August to 56.8 in September, the highest in eight years.

GST collections at Rs 95,480 crore in September have recovered to increase by 3.8 percent from last year and were higher than August collections by 10 percent. Passenger vehicle sale has increased by 31 percent while railway freight traffic showed a 15 percent rise.

After a gap of six months, merchandise exports registered 5.3 percent growth, driven by outbound shipments of engineering goods, petroleum products, pharmaceuticals, and readymade garments. There was an increase in power demand and generation as well.

"However, there are indications that this recovery is fragile. Capital expenditure on new projects declined by 81 percent in the second quarter over the corresponding period last year, showing a continuous declining trend in investments," the rating agency said.

In the first quarter, the GDP contraction was 23.9 percent, and except for the agriculture and allied sectors, all other sectors suffered negative growth rates.

The sharpest contraction was in the construction sector (-50.3 percent), followed by trade, hotels, transport, storage, and communication (-47 percent) and manufacturing (-39.3 percent).

"Even as the economy is seen to be on the mend, contractions in these sectors are likely to continue, although at a slower pace," it said.

Stating that 'crisis is the mother of reforms', Brickwork Ratings said the government has rushed in some important reforms to remove constraints in the farm sector and impart greater flexibility to the labor market.

"The merging of 24 central labor laws into four codes is an important reform to impart greater flexibility to the labor market and ending inspector raj," it said.

It said these structural reforms are important to improve the economic environment, ease of doing business, and ending inspector raj.

"However, the immediate task the government has to address is the removal of supply chain disruptions and augment aggregate demand to lift the economy out of the morass," it said.

"This requires the government to initiate measures to increase public spending, undertake banking reforms to incentivize lending, police and judicial reforms to protect life and property, and enforce contracts and reverse the protectionist trend that has crept in during the last three years in the interest of making the domestic production sector competitive and export-oriented," the agency said.

Brickwork Ratings said the stimulus package announced so far does not entail a substantial fiscal package.

The quick economic revival requires the government to loosen its purse to augment aggregate demand, it said.

"It should be less dogmatic on fiscal targets in the current and next year. More importantly, it can substantially augment public spending by undertaking disinvestment and in some cases such as Air India, privatization to increase public investment expenditures," the agency said.