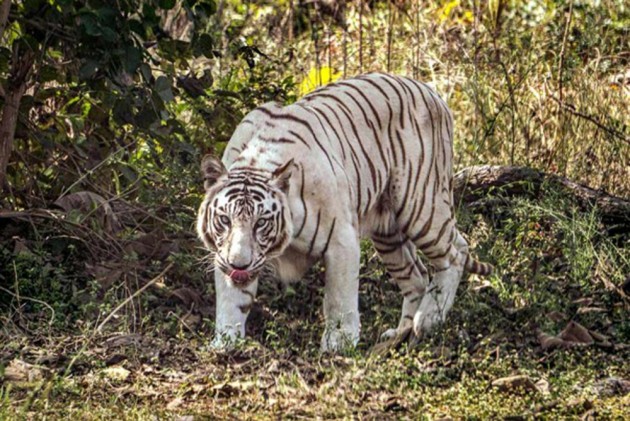 A white tigress and her cub died at the Delhi Zoo on Monday due to birth-related complications, officials said.

The six-year-old feline, Nirbhaya, gave birth to two cubs on Thursday morning. However, she started developing medical complications 24 hours later, due to her inability to release her third cub from her womb, Delhi zoo director Ramesh Pandey said.

A group of veterinary doctors and staff attended to the animal in consultation with experts from other zoos and Indian Veterinary Research Institute, Bareilly, he said.

Subsequently, a three-hour-long C-section surgery was conducted on the tigress on Saturday evening. It was found that her uterus had ruptured and the carcass of the cub was floating in the peritoneal cavity. This apparently caused severe infection and toxemia (blood poisoning by toxins), Pandey said.

Nirbhaya responded to the surgery for more than 24 hours due to intensive care and best possible treatment given to her. However, her condition deteriorated subsequently. She died at around 1.34 am on Monday, he said.

One of her cubs also died soon after. The remaining one is being hand reared in the veterinary hospital by a dedicated team and best possible care is being extended, officials said.

Detailed cause of death would be ascertained after post-mortem and visceral examination, the zoo director added. Before Nirbhaya's death, the Delhi Zoo had three pairs of white tigers.