Disha Ravi was arrested from Bengaluru for allegedly being involved in sharing a 'toolkit' on social media related to the farmers' protest. 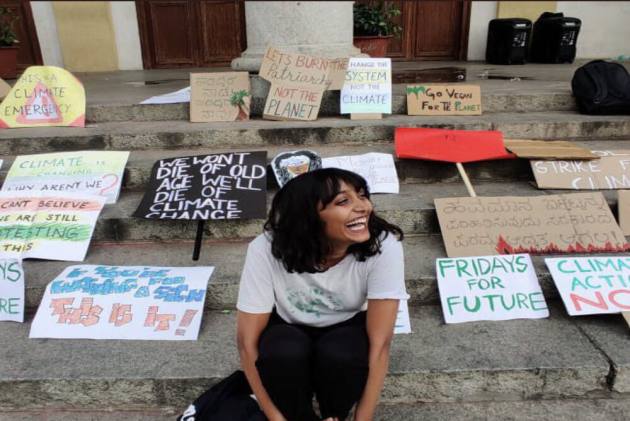 The 21-year-old student activist Disha Ravi has been sent to police custody for five days by a Delhi court for allegedly being involved in sharing a "toolkit" on social media related to the farmers' protest. Earlier arrested in Bangalore, the police have accused the activist of distributing the toolkit which was later used by Swedish activist Greta Thunberg.

While seeking her custody, the police told the court that the activist had allegedly edited the "toolkit" on February 3 and many other people are involved in the matter. The "toolkit" was aimed at spreading disaffection and ill-will against the government of India and creating disharmony among various social, religious and cultural groups, the police had claimed.

But who is Disha Ravi?

Disha Ravi is one of the founding members of the Fridays For Future India Organisation and is an active participant in the protests against the lack of action taken by concerned authorities on the issue of climate change. She is also a graduate in Bachelor of Business Administration from a private college in Bengaluru.

The organisation, Fridays For Future comprises a group of young working professionals and college students. The organisation is meant to highlight the issue of climate change and demands leaders to find solutions for the grave concern which is affecting the whole world.

Ravi also happens to work as a writer for many young climate editorials and is currently working at Good Mylk, a plant-based food company. "The science on climate change is constantly changing and upgrading. Our new demands are more ambitious than the details listed out by the Paris Agreement, and they need to be too", said Ravi in an interview with Citizens’ Matter.

Following her arrest by the Cyber Cell team of the Delhi Police from Bengaluru on Saturday, Ravi has now been sent to police custody.

"She was one of the editors of the toolkit Google Doc and a key conspirator in the document's formulation and dissemination," said Anil Mittal, Additional Public Relations Officer (Delhi Police) in a statement.