Two research papers published in the journals Science and Cell confirm a Steppe or 'Aryan' migration that makes up the current South Asian population but also throws up questions about farming and the population of the people prior to the Indus Valley Civilisation. 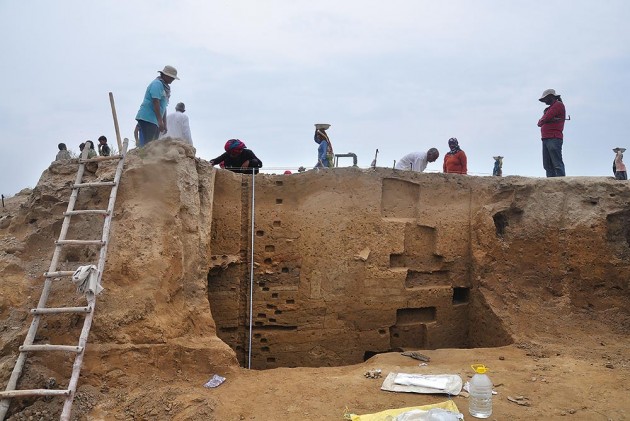 Two research papers published in the journals Science and Cell have sought to establish the genetic makeup of Central and South Asians and how languages and farming practices evolved in the region.

The first, published in the journal Science titled ‘The formation of human populations in South and Central Asia’ by Vagheesh Narasimhan et al confirms what was accepted to be the makeup of South Asians. It says that the people currently residing in South Asia trace their ancestry to the hunter-gatherers of Iran and Southeast Asia.

The paper examined ancient DNA of 523 individuals over the past 8000 years from Central and northernmost South Asia. The paper confirms what had been earlier published in the bioRxiv journal in March 2018 by the same lead author, which Outlook had reported.

Basically, the mixing of the hunter-gatherers of Iran and South Asia “plausibly” form the makeup of the people of the Indus Valley Civilisation. After the decline of the IVC, this population mixed with the people from the Steppes to form the Ancestral North Indians about 4000 years ago . At about the same time, the IVC population moved south, mixing with the South Asian hunter-gatherer population to form the Ancestral South Indians. Since the mixture of the ANI and the ASI has formed what is the population of South Asia today.

Also Read: We Are All Harappans

The first inhabitants of the region which now forms South India are called the South Asian hunter-gatherers and are believed to be from the Out of Africa migration about 60,000 years ago.

The paper says: “After the IVC’s decline, this population mixed with northwestern groups with Steppe ancestry to form the “Ancestral North Indians”(ANI) and also mixed with southeastern groups to form the “Ancestral South Indians” (ASI), whose direct descendants today live in tribal groups in southern India. Mixtures of these two post-IVC groups— the ANI and ASI—drive the main gradient of genetic variation in South Asia today.”

The second paper, titled “An Ancient Harappan Genome Lacks Ancestry from Steppe Pastoralists or Iranian Farmers” by Vasant Shinde et al, published in the Cell journal, could change our understanding of populations and throw up questions of the make-up of the people in the region prior to the IVC and how farming came about in the region.

The paper itself reports on the DNA of an ancient genome from the Indus Valley, specifically from the site of Rakhigarhi, and compares it to “11 genetic outliers from sites in Iran and Turkmenistan” which had communicated culturally with the people of the IVC.

Briefly, its findings are: “A genome from the Indus Valley Civilization is from a population that is the largest source for South Asians. The population has no detectable ancestry from Steppe pastoralists or from Anatolian and Iranian farmers, suggesting farming in South Asia arose from local foragers rather than from large-scale migration from the West.”

According to the paper, the findings suggest that the beginning of farming in South Asia and Europe was not courtesy the “world’s first farmers who lived in the fertile crescent”. It adds that instead, the people of the two regions “began farming without large-scale movement of people into these regions.”

The paper, however, does add a caveat, stating that the single sample of DNA from Rakhigarhi “cannot fully characterise a cosmopolitan ancient civilisation” and calls for additional DNA analysis from people across the Indus Valley Civilisation range for a better understanding of the IVC people.