'Who Will Remember Me?' Deve Gowda On Being Left Out Of Bogibeel Bridge Inaugural

To a question whether he received an invitation, Deve Gowda quipped, "Aiyo Rama! Who will remember me? Some newspapers might have mentioned about it." 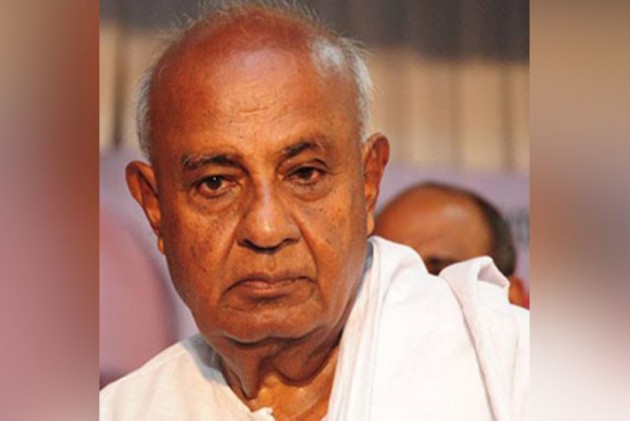 Former prime minister and JD(S) supremo HD Deve Gowda, who had laid the foundation of the Bogibeel Bridge during his tenure, on Tuesday expressed disappointment at not being invited for the inauguration of the country's longest rail road bridge in Assam.

Prime Minister Narendra Modi on Tuesday inaugurated the 4.9 km long bridge at Bogibeel across Brahmaputra river, built at a cost of Rs 5,900 crore.

The foundation stone for the project was laid by Gowda when he was the prime minister in 1997.

"Railway line to Kashmir, Delhi Metro and Bogibeel rail road bridge were among the projects I had sanctioned (as prime minister). I had sanctioned the budget of Rs 100 crore for each of these pojects and laid their foundation stones. People have forgotten today," Gowda said.

Replying to a question from reporters on the sidelines of a function here as to how he felt about the inauguration of the project started by him, the former prime minister said he had given the nod for many projects.

To a question whether he received an invitation, Gowda quipped, "Aiyo Rama! Who will remember me? Some newspapers might have mentioned about it."

On the enormous delay in completing the project, he said, "That is where I differ. I completed the Hassan-Mysuru project in 13 months. I completed two bridges on time. Anagwadi bridge (across Ghataprabha). Go and see the bridge on Krishna river.