Why Am I Being Asked About My Religion, Asks Urmila Matondkar

The Congress has fielded Urmila from Mumbai North Parliamentary constituency. 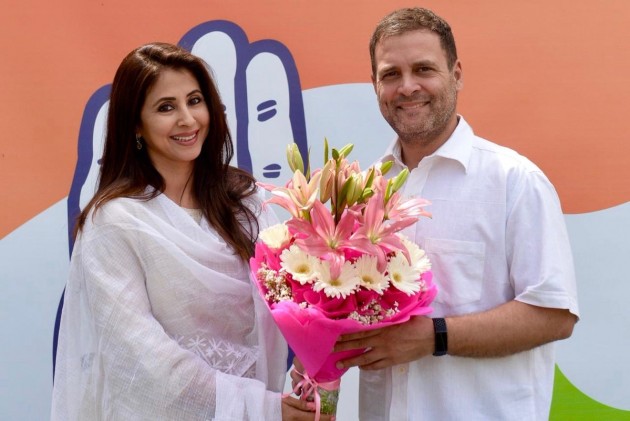 Actress-turned-politician Urmila Matondkar, who has joined the Congress party, on Friday questioned why she is being asked about her religion. She said she wants to do "politics above this".

"Why am I being asked about my religion? I don't think I have given this right to anyone because that right only belongs to me. I know it, my family knows it and my in-laws know it. I think this is just the beginning. I want to do politics above all this," Urmila told ANI here.

The Congress has fielded Urmila from Mumbai North Parliamentary constituency of Maharashtra for the Lok Sabha elections. In the 2014 General elections, BJP's Gopal Chinayya Shetty won the seat.

Matondkar was inducted into Congress on Wednesday.

Thank you @RahulGandhi Ji and AICC for trusting me with the candidature of Mumbai North Constituency. Jai Hind ðÂÂ®ðÂÂ³ @INCIndia pic.twitter.com/LoDU5NbQlH

She got  married to Kashmir-based businessman Mir Mohsin Akhtar in a private ceremony on March 3, 2016.

The seven-phased Lok Sabha elections are scheduled to be held from April 11 and will go on till May 19.