Why Are Doctors Prescribing 2-DG To Covid Patients When The Drug Is Yet To Be Launched?

Developed by DRDO, 2-Deoxy-d-Glucose (2-DG) is expected to become a game-changer in the fight against the COVID pandemic. But it will be made available to hospitals only in mid-June 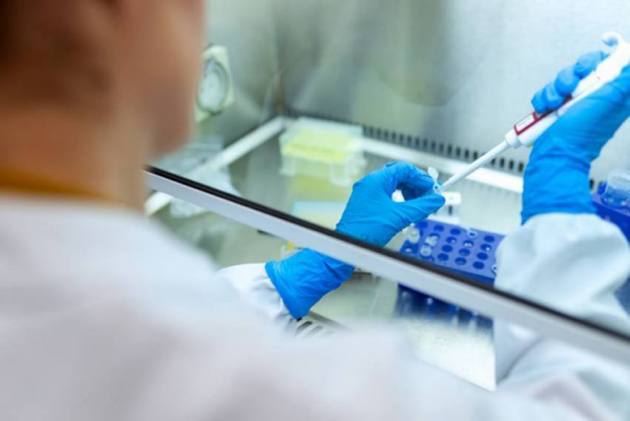 Doctors in many hospitals across the country have started prescribing the drug 2-Deoxy-d-Glucose (2-DG) despite the fact that its sole manufacturer Dr Reddy’s Laboratories (DRL) hasn’t launched it in the market yet.

DRL made an official statement through its social media handles stating, “Commercial launch and supply of 2-DG to major government and private hospitals is expected to commence in mid-June.”

Outlook has received several prescriptions from doctors who have asked relatives of many severely infected Covid-19 patients to arrange for 2-DG, stating only that drug can save their lives.

And so, kin of Covid-19 victims have been running frantically from pillar to post and making all possible efforts to buy the drug. Some of them are even falling prey to counterfeiters.

The Drugs Controller General of India (DCGI) granted its emergency use approval to the medicine on May 8.

Developed by the Defence Research and Development Organisation (DRDO), the drug is reported to have the potential to become a game-changer in the fight against the COVID pandemic.

“It is very surprising that these doctors are not even aware that under emergency use authorisation, the pharmaceutical company DRL is not authorised to supply the drug to chemist shops,” Dr T V Narayana, National President of Indian Pharmaceutical Association, said.

“It can only be supplied to hospitals. Then why are doctors in hospitals asking patients to buy it from the market” he further questioned.

However, many doctors requesting anonymity, cited two recent incidents which, according to them, have led to confusion regarding the drug’s availability and supply status.

On May 17, just a week after the drug controller’s approval, the Minister of Defence, Rajnath Singh, and Minister of Health and Family Welfare, Dr. Harsh Vardhan jointly launched the new COVID drug 2-DG at DRDO Bhawan in Delhi.

On the same day, unconfirmed reports were circulated in many news channels and websites that 10,000 sachets of the drug would be distributed in hospitals in Delhi within a few days.

However, neither the Health Ministry nor the DRL had released any statement in this regard.

“It was baseless news that 10,000 sachets would be distributed. There was no such commitment made by the company,” a close source in the health ministry confirmed to Outlook.

He added, “The government has failed in its duty to provide basic medical care when people were dying on the roads. Now it is under pressure to show that it is doing something for them. It held the event only to gain political mileage.”

Narayana also adds, “This event could have been done to advertise 2-DG's use when it was ready to be supplied to hospitals. It was held almost one month before the actual supply of the medicine creating a false impression of its current availability.”

Narayana also says that the health ministry should have written to state governments and hospitals about the availability of the medicine along with other details such as its doses, duration of use etc.

“Having said that, it should not be an excuse for doctors to not be aware of the fact that medicines under EUA are not available at local pharmacies,” Narayana said.

A statement made by Prof (Dr) Balram Bhargava, Director General, India Council of Medical Research in a recent health ministry press conference only added to the confusion.

Responding to a media query, Dr Bhargava said that there is nothing wrong if doctors are prescribing it as it is a repurposed drug.

“Why isn’t he aware of its manufacturing status? How can a person holding such a responsible position can make this kind of statement? He should have also suggested the patients where to get it from,” Dr Rahul Bhargava said.

Health experts also say that 2-DG is not like many other drugs repurposed to treat Covid-19. Drugs like Hydroxychloroquine were already available in the market to treat disease like Malaria and rheumatoid arthritis much before it was found useful for Covid-19.

“2-DG was originally tried for a particular type of brain cancer but never ever commercially launched in the market for various reasons,” Dr Vinay Jain, former director of INMAS LAB (DRDO) said.

“So far as I remember after a long wait, in 2014, the drug controller granted its approval but Dr Reddy’s never produced and supplied it in the market,” Dr Jain, a pioneer in 2-DG development and clinical trial in the late 70s, said.

“This is very unfortunate that instead clarifying the position about the drug’s availability, ICMR is creating further confusion and making patients’ life miserable. It should rather advise doctors not to prescribe it,” Dr Narayana said.