Why Are Parties Eyeing Brahmin Votes Ahead Of Uttar Pradesh Polls? 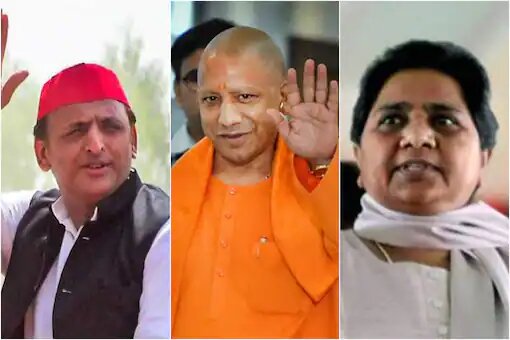 As Uttar Pradesh heads for Assembly elections early next year, political parties are not leaving any stones unturned to woo Brahmin votes, which constitute around 12 per cent of the state’s population.

Having tasted success by bringing together Dalits and Brahmins in the past, BSP was the first to start a month-long ‘Prabuddh Sammelan’ targeting Brahmin votes in the state in the run up to the 2022 polls.

The series of meetings, which began at Ayodhya on July 23, culminated on September 7 in Lucknow. In an effort to cajole the politically influential Brahmin vote bank, Mayawati has also assured security for the community if she is voted to power. In Ayodhya last month, party’s Brahmin face, Satish Mishra promised support for construction of Ram Mandir, which is seen as another gesture to lure the upper caste voters.

Mayawati’s Brahmin outreach does not come as a surprise for many as it’s a work in progress for her party since 2007. In 2007, the party secured 206 seats out of 403 assembly seats, by bringing together candidates from OBC, Dalit, Brahmin and Muslim community.  The BSP fielded 80 Brahmin candidates in 2007, out of which 46 were elected. The party is looking to replicate a similar pattern in 2022 too, says a party worker.

However, observers see it as an attempt to revive the flagging fortunes of BSP, which secured only 18 seats in the 2017 assembly elections.  They feel that the BSP’s slogan “Brahman shankh bajayega, haathi aage jaayega (the Brahmin will blow the conch and the elephant will march forward)" may not sway the Brahmin voters anymore.

What makes BSP believe that the Brahmin vote bank, which plays an important factor in the central and eastern parts of UP will gravitate towards it in this election?

It’s the perceived discontent among Brahmins over Yogi Adityanath government’s anti- Brahmin policies that opposition parties including BSP, SP and Congress are trying to capitalize, say analysts. Many leaders of the Brahmin community have been openly talking about how they are being ‘marginalised’ after the Yogi government came to power in 2017. The police encounter death of gangster Vikas Dubey and other alleged atrocities against the community also has deepened the schism between the two.

According to Gilles Verniers, a professor of political science and co-director of TCPD at Ashoka University, the narrative of the rivalry between Brahmin and Thakurs is an inflated one.

“To me, the Brahmin Thakur rivalry is a little bit inflated. Objectively, the BJP provides Brahmin voters a lot of what they want. It's not clear for them that they would get a better deal by supporting other parties,” says Verniers.

Some Brahmin leaders also feel that they are losing political clout over Thakurs, a community which CM Yogi Adityanath belongs to. As a damage control exercise, the BJP took former union minister and Congress leader Jitin Prasada into its fold to quell the anger of Brahmins, who have voted overwhelmingly for the BJP in the 2017 assembly polls and 2019 Lok Sabha elections. According to a CSDS-Lokniti post-poll study, 82 percent Brahmins voted in favour of the BJP in the 2019 Lok Sabha elections.

However, Uttar Pradesh based political analyst Satish Prakash says that the Brahmins are mostly aligned with power and not with any political party. They are floating voters, he says. “In 2007, they voted for BSP and brought Mayawati to power. In 2012, they helped SP’s Akhilesh Yadav to become Chief Minister and from 2014, they have shifted loyalties to the BJP. In 2017, they voted decisively for BJP which won the election,” says Prakash.

Not to be left behind in the race, another main player, the Samajwadi Party (SP) is also playing the Brahmin card by conducting a series of Brahmin conclaves across the state. Recently, the party held a ‘Shiv Sevak Sammelan’ In Ballia as part of its attempt to expand its base.

The party has also set up ‘Bhagwan Parshuram Trust’, supported by SP leader Abhishek Mishra to build Parshuram temple in each district of Uttar Pradesh. Parshuram is believed to be an incarnation of Lord Vishnu.

However, Samajwadi Party (SP) spokesperson Ghanshyam Tiwari says that the party is not trying to entice Brahmins or playing competitive politics.

“We are not looking at Brahmins as a vote bank. Our party stands for every caste and community and we focus on development and harmony of the state. There is a sustained campaign against Brahmins, which is initiated by the BJP government. Our leaders are reaching out to them by interactions, summits and conferences,” says Tiwari.

Though the BSP and SP hopes to reconnect with the Brahmin voters, surveys show that the BJP enjoyed unstinted support from upper caste including Brahmins since Mandal politics took center stage in 1989. Though the Brahmin community staunchly supported the Congress till 1989, political equations have changed thereafter. A survey by Lokniti-CSDS shows that the BJP enjoyed Brahmin support till 2004. However, in the 2007 assembly elections, the community favored Mayawati’s social engineering formula and supported the BSP in assuming power. During the 2014 Lok Sabha elections, the scenario has undergone a change and the Brahmins have gravitated to the BJP since then.

Verniers contests the theory that it’s Brahmins who swung the votes in 2007 for the BSP. “Going by CSDS numbers, only 17 percent of Brahmins voted for the BSP in 2007. It's not a big swing. What makes elections unpredictable is that small variations can have large effects. Even if 10 percent of Brahmins change their mind, they can tilt a few seats. But the overall direction depends on a myriad of factors,” he says.

Analysts also point out that the CSDS data of 2019 shows how the non-Yadav and non-Kurmi OBCs have deserted the BSP and SP to vote for the BJP. According to figures, 72 percent of non-Yadav and non- kurmi OBCs have voted for the BJP, while 18 percent of them voted in favor of the SP-BSP coalition. “Instead of wooing Brahmins, these parties should focus more on why backward community votes are drifting away from them,” says a Dalit leader.

Tiwari says that the marginalised sections voted for the BJP in 2017 and 2019 on its promise of “acche din’ and social justice. “Now there is a strong consolidation among backwards, Dalits and minorities against the BJP as they have realised that they have been systematically demoralized, marginalized and betrayed,” he says.

However, BJP leaders say that they are not flustered by SP and BSP outreach to the upper caste voters. Joining the race, BJP also has started two week long “Prabudh varg sammelans’ across the state.

After Jitin Prasada’s migration to the BJP, Congress has also been making tenuous efforts to woo the Brahmins into its fold.