‘Why Are We Acting Now, Though We Had A Year? Madras HC Slams Centre Over Covid Situation

Chief Justice Sanjeeb Banerjee said there was a need to act on expert advice and not adhocism. 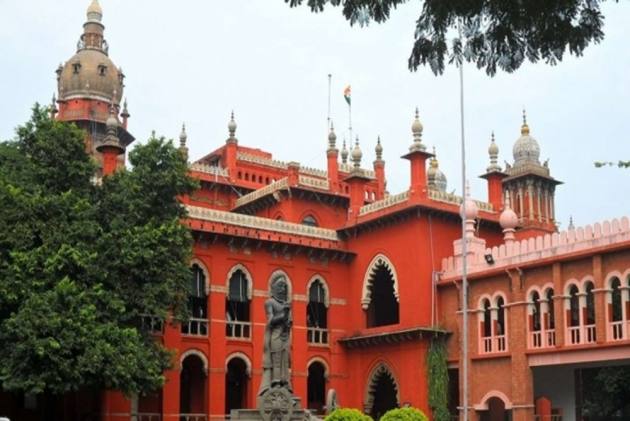 Days after observing that the Election Commission officers “should be booked on murder charges probably” for allowing political parties to carry on with rallies even as the country is battling Covid-19, the Madras High Court has now pulled up the Centre over its alleged lapse in taking prompt action in containing the Covid-19 pandemic, wondering what it was doing for 14 months.

Chief Justice Sanjeeb Banerjee said there was a need to act on expert advice and not adhocism.

"Why are we acting only now in April, though we had one full year?" the CJ asked, when Additional Solicitor General R Sankaranarayanan told the court that the resurgence of the second wave of the virus was 'unexpected'.

Should Be Booked On Murder Charges: Madras HC Holds EC Responsible For Second Wave Of Covid

The CJ also questioned the pricing of the vaccines and the alleged crash of an app for registration of vaccination for persons over 18 years, scheduled to start on Saturday.

"There is a need to act on expert advice and not on adhocism," the CJ said.

The first bench of Chief Justice Banerjee and Justice Senthilkumar Ramamoorthy was hearing the issue of alleged shortage of Remdesivir vaccine, beds and ventilators and diversion of oxygen cylinders to other states, when it came up for further hearing on Thursday.

The court had taken up the matter on its own, based on newspaper reports.

Earlier, the Tamil Nadu government on Thursday told the High Court that there was no need to clamp a lockdown in the state on Saturday, a day ahead of counting of votes polled in the April 6 assembly elections, saying May 1 is already a holiday on account of May Day.

The submission comes in the wake of the first bench's suggestion to the Tamil Nadu government and Puducherry administration to consider declaring complete lockdown on May 1 and May 2.

On April 26, the bench had made a scathing attack on the EC accusing it of being 'singularly' responsible for the resurgence of the second wave of Covid-19, slamming it for allowing the political parties to hold rallies, in the run up to the polls.

The Advocate General told the judges complete lock down on May 1 would also affect the next phase of covid-19 vaccination, in which all over 18 years would be covered.

There would, however, be a complete lock down on May 2, as it happens to be Sunday, in line with a Tamil Nadu government announcement earlier, he added.

The Puducherry Government Pleader informed the bench that the lockdown in the Union Territory had already been extended till May 3.

The bench then adjourned the matter by a day with a direction to the AG to submit a report on the preventive measures in the state borders, Covid-19 preparedness and the media guidelines on the counting day.