Why did the government freeze the accounts of Mother Teresa's Missionaries of Charity? A string of allegations and counter allegations have flooded Twitter. Here's what we know so far. 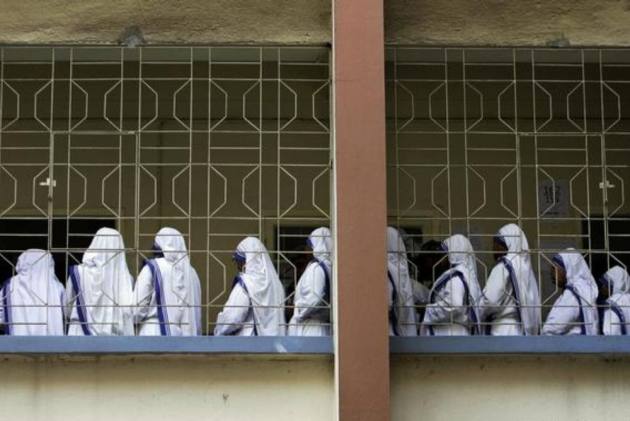 West Bengal Chief Minister Mamata Banerjee’s tweet on Mother Teresa’s Missionaries of Charity (MoC) started a row after she claimed that the Centre has frozen the bank accounts of the Charity on December 25, leaving 22,000 patients and more without any treatment and food.

Soon after the tweet went viral, the Home Ministry in a statement clarified that the central authorities did not freeze the accounts and reiterated that the Charity wrote to the State Bank of India asking for the accounts to be suspended.

Following the statement, the Home Ministry cited more reasons that led to the freezing of the accounts.

Here’s what we know so far:

1. On Monday, West Bengal CM Mamata Banerjee wrote on Twitter, “Shocked to hear that on Christmas, Union Ministry FROZE ALL BANK ACCOUNTS of Mother Teresa’s Missionaries of Charity in India! Their 22,000 patients and employees have been left without food and medicines. While the law is paramount, humanitarian efforts must not be compromised(sic).”

Shocked to hear that on Christmas, Union Ministry FROZE ALL BANK ACCOUNTS of Mother Teresa’s Missionaries of Charity in India!

Their 22,000 patients & employees have been left without food & medicines.

While the law is paramount, humanitarian efforts must not be compromised.

2.  Following the tweet, the Home Ministry released a statement clarifying that the Charity itself wrote to the bank requesting for suspension of their bank accounts. "State Bank of India has informed that Missionaries of Charity itself sent a request to SBI to freeze its accounts,” it said.

3.  The Ministry further acknowledged that it had rejected to renew the Charity’s Foreign Contributions Regulation Act (FCRA) license under which it was eligible to receive funding from abroad.

4. Citing adverse “inputs” while reviewing the application, the Ministry said in the statement, “In consideration of these inputs on record, the renewal application of MoC was not approved. The FCRA registration of MoC was valid up-to 31st December 2021.”

5. The government also said that no request or revision application has been received from Missionaries of Charity (MoC) for review of this refusal of renewal. The Missionaries of Charity’s registration under the Foreign Contribution Regulation Act was initially valid till October 31, and was then extended to December 31, the ministry said.

6. According to the statement, the Charity had not met the eligibility conditions under the FCRA 2010 and Foreign Contribution Regulation Rules (FCRR) 2011.

7. Officials of the Charity in Kolkata, however, said that they were aware of the matter but refused to make any further comment.

Statement of the Vicar General of the Archdiocese of Calcutta

Father Dominic Gomes, the Vicar General of the Archdiocese of Calcutta hit out at the government agencies saying that the move is a “cruel Christmas gift to the poorest of the poor”.

"In freezing the bank accounts of Missionaries of Charity... government agencies have given a cruel Christmas gift to the poorest of the poor... Missionaries of Charity Sisters and Brothers are often the only friends of lepers and social outcasts no one will even venture near... this latest attack on the Christian community and their social outreach is even more a dastardly attack on the poorest of India's poor. We condemn the government action," the Father's statement said.

Gomes further stated, “This latest attack on the Christian Community and their social outreach is, even more, a dastardly attack on the poorest of India’s poor”

The Missionaries of Charity, founded in 1950 by the late Mother Teresa, is a Catholic organisation that runs over 240 homes for orphans, AIDS patients and the destitute across India.