Why Do Women Cops On Traffic Duty Never Drink Water? 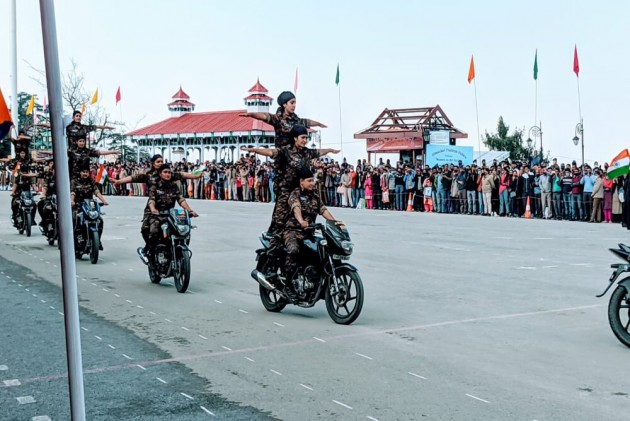 For the first time, the plight of women cops doing tough jobs such as regulating traffic and also their role in law-and-order duties found a public mention in the speech of the director-general of police.

“Do you know why the women cops on long hours of their traffic duties don’t drink even a drop of water? It's because there is no facility of clean toilets nearby. So, these ladies go thirsty for several hours,” DGP Sanjay Kundu made an honest admission at Shimla’s historic Ridge Maidan on Monday.

The occasion was the celebration of the International Women’s Day for which a mega event was organised by the police to celebrate 50 years of women in the police force.

While the same event saw young women cops at all-women parade, performing bike stunts and displaying their physical skills and confidence, Kundu did admit that though the number of women in the police force has risen to 2,300 and they are performing all kinds of duties, day and night, their problems are aplenty.

Yet, this hasn’t ever stopped them from performing some of the toughest and most challenging tasks.

“During my visit at Rajgarh in Sirmaur district, I went to a police station. There were six to seven women cops, some of them married and also had kids. This really spurred me to do something basic --- put up a crèche, where the police women can leave their kids for care during the duty hours,” he said.

Kundu said these women told him that they usually lock their kids at home and come to work. There are many more other challenges the women cops in the force face as part of their job, he said in his speech.

An impressive parade by the women cops was the biggest highlight but what really drew applause and appreciation were some of the daredevil stunts performed by the young women personnel in different formations on the moving motorbikes.

Himachal Governor Bandaru Dattatreya was the chief guest at the event.

Deputy inspector-general (DIG) of police Sumedha Dwivedi, who headed the committee of women officers to host the event, said, “Women are no less than men to take up challenges once they get an opportunity to prove their worth in any given situation.”