Why EIA Process Should Be Scrapped Altogether: A Case For Single Environment Clearance

It has to be a single environment license which is desirable to avoid of duplicity of environmental standards and conditions. 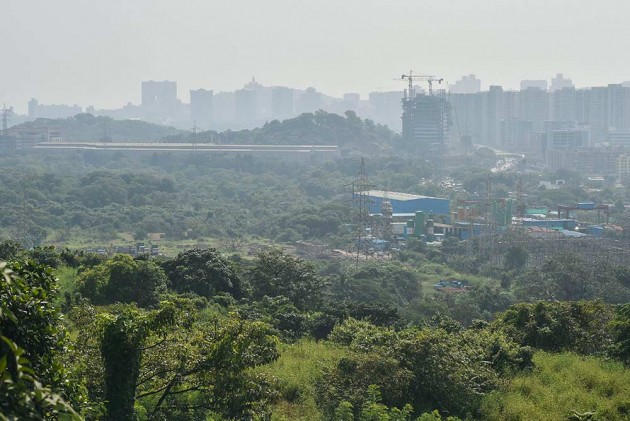 Ever since the government has put out the Draft EIA Notification 2020 for public feedback, it has received a lot of flak from the public, activists, ministers and NGOs.

While I concur with the objections raised, if I were to give one suggestion to Mr. Javedkar on the draft EIA 2020, that would be to not have an EIA at all. This suggestion stems from the ineffectiveness and redundancy of the EIA process. This article will explain how existing plurality of environmental laws in Indian has resulted in over-lapping of environmental standards and why, despite having 2 separate regulatory bodies for environment conservation and pollution control, we still have a weak enforcement and monitoring system. This article will also try to illustrate why unification of multiple Environmental Regulatory system into a single process is the most effective and desirable alternative.

The intention behind the draft EIA 2020 is to ‘streamline the processes’ of grant of Environment Clearance while balancing the principal of ‘Sustainable Development’ and
government’s policy of ‘Ease of Doing Business’. The EIA process, however, has failed to achieve both ends as it not only fails to safeguard the environment (owing to its heavily diluted norms) but also adds to the burden obtaining an additional license, in addition to an already existing pool of environment related licenses.

Currently, 3 main legislations govern the environment jurisprudence of India, that is:

The logical question that arises here is - if ‘Air’ and ‘Water’ are already included in the definition of ‘Environment’ why do we have 3 separate licenses instead of one.
The reason for this lies behind the intention and timing of these 3 laws.

The first law which came into being was the Water Act. In 1974, some states approached the parliament to enact a law under Art. 252(1) on the subject of ‘water pollution’ (which is in List II (State List)) for the purpose of uniformity. The Parliament thus, enacted the Water Act. This Act was subsequently adopted by all the states of India.

Six years later, in 1981, India brought into force the Air Act owing to its obligation, as a member country, to the UN in its Stockholm conference, to control air pollution.

Under both the above Acts - Water Act and the Air Act, the power to give permission to the industries to run its operations (subject to compliance of prescribed pollution control standards) was vested exclusively with the State Pollution Control Board (“SPCB”). The Central government did not have the power to grant ‘consent’ under these
Acts.

It was only after the Bhopal Gas Tragedy of 1984, that the government felt that environment related matters cannot be left entirely to the wisdom of the States (as is the case in Air and Water Act). Thus, in 1986, the Parliament enacted the Environment Protection Act, 1986 which gave powers to the Central Government to prescribe environmental standards and to decide whether a project is fit for operation or not. Owing to this power of the Central Government, it drafted the first EIA Notification in 1994. The EIA Notification made it mandatory for certain projects to take permission from either the Central Government or the State Environment Impact Assessment Authority (“SEIAA”) (as the case maybe) before they are established.

The Parliament, while enacting the EP Act and EIA notification, however, failed to take into account the parallel powers and function of the State Pollution Control Board under the Air and Water Act in granting license to an industry/project. A careful reading of the EIA Notification will tell us that almost all the Projects listed in the Schedule which require Environment Clearance are also required to take ‘Consent’ under Air and Water Act. This means the 3 licenses are only mutually exclusive in theory. The combined effect of the above 3 Acts on an industrial project is the multiplicity of environmental licenses :

(a)Firstly, the project proponent who wants to start an enterprise is required to prove that his/her project is fit for operation in its choice of location and if the authorities deem it fit, then the project is granted the Environment Clearance under EP Act.

(b)Thereafter, the project proponent is required to approach the State Pollution Control Board of the respective state to prove that it has necessary air and water pollution control arrangements to ‘establish’ and start ‘operation’ at its choice of location, and if the SPCB deems it fit, then the project is granted the ‘Consent’ under Air and Water Act.

Apart from the hastle of taking multiple licenses from various authorities, the net effect of the aforesaid 3 licenses is over-lapping of environmental standards because all these 3 licences granted to an industry/project are conditional on compliance of prescribed environmental norms/conditions and most of these conditions are common and repetitive. Moreover, the punishment prescribed for violation of Environmental norms under these three Acts is also the same.

Thus, a single environment license is desirable to avoid of duplicity of environmental standards and conditions.

One of the striking feature of the new Draft EIA 2020 is addition of ‘Monitoring Mechanism’.

The proposed monitoring mechanism, however, fails the test of execution. Firstly, it has been mentioned that inspection of Category A projects shall either be done by Regional Office of MoEF or RD of CPCB. This poses a practical difficulty because the industry might be situated in one state and the RO office/ RD office in another. For example, the Regional Office of MoEF for the State of Chhattisgarh is in Nagpur (Maharashtra) and the RD of CPCB in Bhopal (Madhya Pradesh), so if an industry is required to be inspected by a team of MoEF or CPCB they would be required to travel from Nagpur (Maharashtra) or Bhopal (Madhya Pradesh) to Chhattisgarh and the state would then have to incur additional expenses on account of lodging and travel of the inspecting officers from Bhopal and Nagpur.

Even if we ignore the above lacunae’s of ‘post clearance monitoring mechanism’ in the draft EIA 2020 it nevertheless suffers from the vice of over-lapping of inspection, because under Air and Water Act, SPCB already has a mechanism in place to conduct physical inspection of industries at the time of renewal of license or in the form of surprise checks. Thus, a single inspection under a single license is proposed which will save a lot of redundant and repetitive regulatory exercise by different authorities.

Further, separate licenses under these acts have separate fee structure. For example, in Chhattisgarh, the license fee for obtaining ‘Consent’ ranges from 2,500 to 35 lakhs, whereas application fee for obtaining Environment Clearance is between 5,000 to 2 lakhs. Thus, a single clearance system will not only reduce the financial burdenon the project proponent it will also be a step towards the ‘ease of doing business’ policy of the government.

Additionally, a single clearance system will also reduce red-tapism and corruption, meting out due to multiple licensing system.

EIA process needs to be scrapped as it is also an ineffective way of ensuring environment conservation owing to lack of fact checks and verification.

For example, the EIA study report submitted by a project proponent is done by a private agency (called ACO). These agencies work with an agenda of client maximization, thus they are bound to make the EIA reports favourable to the client’s need because that will increase their success rate of getting an Environment Clearance. Further, the EIA Notification does not provide for any mechanism to check/ verify these EIA study reports. Thus, the EC is granted on the assumption that these EIA report submitted by the project proponent is true and correct. It is only after the assessment is made and EC is granted and the project has been established that the provision for inspection is available. This delayed verification mechanism can result in irreparable loss to the environment caused due to non-verification of the EIA Report ‘before’ the grant of Environment Clearance.

This also means that even if all the persons attending public hearing rejects the project, EC can still be granted by the government because the EIA doesnot mandate the Appraisal committee to address all the concerns raised in the public hearing.

The EIA notification 2006 as well as the 2020 draft are also in violation of the Panchayat Act 1996 (“PESA Act”) and Forest Rights Act 2006. The PESA Act (Section 4) empowers a Gram Sabha/Panchayat to prevent alienation of land and to approve plans and projects. It is also mandatory to consult with a Gram Sabha/Panchayat before acquiring land for developmental projects and resettling project- affected people. The current and the 2020 draft EIA completely overlooks this mandate and does not make it mandatory for the project proponent to get any such approval from the Gram Panchayat which grossly violates and undermines the rights and interest of Village Panchayats in scheduled and tribal areas of the country like Chhattisgarh.

All these reasons call for a single environment licensing system to avoid wastage of tax-payers money in carrying out repetitive compliance exercises, having multiple monitoring mechanisms for same set of standards and maintaining 2 different regulatory bodies.

Had the Environment Ministry invested the same amount of time and resources in bringing a single Environment License which they invested in drafting the EIA draft 2020, the twin purpose of Environment Conservation and Ease of Doing Business would have been achieved.

(The author  is an  Assistant Law Officer with the Chhattisgarh Environment Conservation Board.  Views are personal)