The Election Commission has chosen three polling booths in Himachal Pradesh to be manned by persons with disabilities (PWDs). 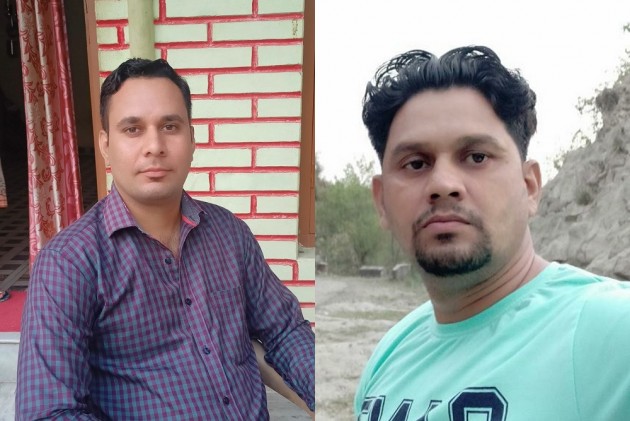 On October 30, when Himachal Pradesh witnesses four bypolls, three polling stations will stand out for a special reason.

The polling stations, 79-Rampur in Mandi Lok Sabha constituency, 47-Barot in Fatehpur and 92-Saraswatinagar in Jubbal-Kotkhai Assembly constituencies, will be manned by Persons with disabilities (PWDs).

Those chosen persons with disabilities for manning the polling stations are mainly government lecturers, TGTs, superintendents G-II, teachers and TGTs.

“The Election Commission of India (ECI) must be complimented for for trusting our capability and handpicking PWDs to man polling booths,” 30-year-old Rohit Pathania, a TGT (Non-Medical) at Rehan, Kangra told Outlook.

“It’s all about sending a message --loud and clear. We are no less equals. The society must change its mindset and accept this reality,” he said.

His disability, as Pathania says, was a result of a mishap during his TGT training at Bilaspur. He underwent prolonged treatment at PGI Chandigarh. He says he faced physical torture and mental trauma but he was undeterred.

“I did my M.Sc (Maths) and B.Ed and cleared the competitive selection process of the Public Service Commission. I am really looking forward to performing the duty ECI has assigned to me for October 30,” says Pathania.

47-year-old Tilak Raj is looking forward to be key a facilitator in the election process. "Disability is in the minds of the people and they must change their views or how they deal with persons with special abilities,” says Raj.

“I am fully capable of doing any duty as other persons do. By now, I have already completed 13 years as a lecturer of history. The ECI must be complimented for an innovative move to set-up special polling booth to be manned only by PWDs," he says.

Neeraj Sharma, Officer on Special Duty (OSD) to state Chief Electoral Officer (CEO) C Paulrasu, says, “As per EC guidelines, we have made special arrangements for the PWD electorates, whose number is 18,085 in Mandi Lok Sabha and the three assembly constituencies. Of these, 11,674 are male and 4667 are female. But we have gone a step further to acquire the services of PWDs to conduct polling—a step aimed to instill a sense of confidence in them”.

41-year-old Yog Raj, who is also a TGT, says he has done polling duty even earlier but this time the feeling is different as the polling station will be manned by all PWDs.

Yog Raj says his disability is related to his birth and he has very well adjusted to the life-situation. “I can very well manage my affairs. I am also performing my teaching job perfectly,” he adds.

Prithvi Raj, a school lecturer, is suffering from Ankylosing Spondylitis (AS), a rare disease. Yet, he is not averse to doing his election duty.

“I did election duties till 2014 before this disease made my life a bit difficult. I have undergone a major surgery and I am still getting treatment at the PGI Chandigarh. I am suffering from constant pain and can’t do jobs with long hours of sitting. So, I have asked for a duty suiting my health condition,” he says.

Ajai Srivastava, Chairman of Umang Foundation, a NGO which works for the rights of the disabled persons, says ECI’s decision to engage PWDs in the conduct of the polling is landmark. “This is the most appropriate way to bring in a change in the mindset of the society towards them,” he says.

Srivastava, who is also the state Coordinator for Accessible Elections, said a visually impaired girl Muskan, who is doing her P.hD at Himachal Pradesh University, has already been named as brand ambassador by the Election Commission to motivate the voters, particularly youth, to participate in the poll process and cast their votes.