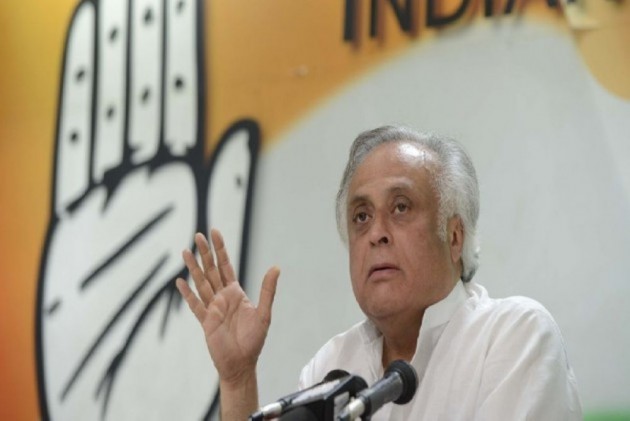 Allowing a delegation of European politicians to visit Jammu and Kashmir while preventing Indian leaders from going to the state is an insult to India's parliament and democracy, Congress said on Monday.

"When Indian political leaders have been prevented from meeting the people of J&K, what possessed the great chest-beating champion of nationalism to allow European politicians to visit J&K. This is an outright insult to India's own Parliament and our democracy," he tweeted.

A delegation of 25 Parliamentarians of the European Union will visit the Valley on Tuesday to assess the ground situation, almost three months after abrogation of Article 370. They will talk to locals in Jammu and Kashmir and ask them about their experience.

"If EU delegation visit to Kashmir can be facilitated by #BJP Govt then why can’t Indian Leaders belonging to Opposition Parties visit #Kashmir? Indians have to knock door of Supreme Court to visit Kashmir & EU delegation is welcomed by PMO, Why no level playing field?" he asked on Twitter.

Prime Minister Modi met EU leaders on Monday and told them that urgent action was needed against those supporting and sponsoring terrorism. He added there should be zero tolerance for terrorism.

Expressing hope that the parliamentarians' visit to various parts of the country will be fruitful, Modi said the visit to Jammu and Kashmir should give them a better understanding of the cultural and religious diversity of the regions of Jammu, Kashmir and Ladakh, a statement issued by the Prime Minister's Office said.

The prime minister also hoped that it will give them a clear view of the development and governance priorities for the region.