When the state election commissioner postponed polls, the AP govt decided to remove him through an ordinance to reduce the term of his post from five to three years 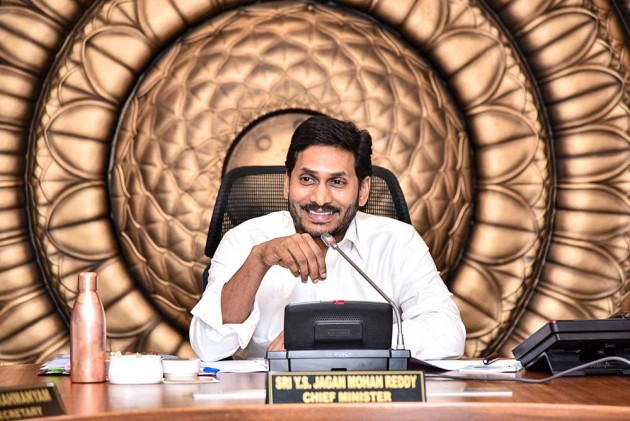 Andhra Pradesh Chief Minister YS Jaganmohan Reddy’s decision to come up with an ordinance in a bid to remove State Election Commission (SEC) Nimmagadda Ramesh Kumar, and go ahead with the local bodies polls in the time of the COVID-19 crisis has kicked up a controversy.

Ramesh Kumar refused to toe the state's line to hold elections at a time like this. The election commission was all set for the Panchayat polls and even a schedule had been drawn up, but then PM Narendra Modi announced the national lockdown on March 24. This forced the SEC to postpone the polls but the ruling YSRCP disagreed, the party wanted the polls held now as it sensed an easy victory.

Peeved by Ramesh Kumar's decision, the government initially thought of knocking at the High Court's doors. But later it decided to remove him through an ordinance to reduce the term of the SEC from five to three years, passed by a hurriedly held cabinet meeting. Ramesh Kumar has been replaced by former Justice (Retd.) V. Kanagaraj of Madras High Court as the new SEC who is determined to hold the polls soonest.

Jaganmohan's rival and TDP supremo Nara Chandrababu Naidu dashed off a letter to the Governor stating that such an ordinance was unconstitutional.

The Opposition alleges the ruling party is bent upon holding elections at any cost as it is determined to shift the state’s new administrative capital to Visakhapatnam from Amaravati. The local bodies have a final say in shifting of the capital.

Meanwhile, Ramesh Kumar has also gone to the High Court challenging his unceremonious removal which will come up for hearing on Monday.

Legal experts like the former CIC and faculty member of NALSAR University, Madabhushi Sridhar Acharyulu, feels that the ordinance would not stand judicial scrutiny. He says the past two judgements the government has referred to in its defence do not apply in this case.

The controversy has turned more interesting with PM Modi calling up Naidu to discuss the fight against COVID-19. Naidu too had praised Modi for his initiatives to combat the pandemic. Are the old ties between the BJP and the TDP back on track?

"When the nation is facing a medical emergency and such a serious crisis, it is not fair on anyone's part to talk politics," Naidu tells Outlook. "I feel the Centre is doing whatever it can to contain the pandemic from spreading. None should read too much into my statement."

The local polls, which the Reddy regime is determined to hold once the lockdown is lifted on May 3, could reveal if the TDP and BJP will come together. But before that, all eyes are on the High Court, if it will uphold the SEC's dismissal. The Reddy government during its 10-month rule has suffered many reversals at the courts. Will this be yet another one?