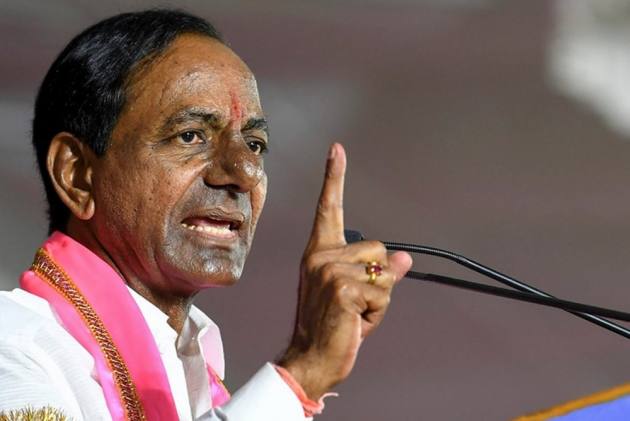 Even though his popularity among the masses might appear to be intact after his party, the TRS, won the Nagarjunasagar bypoll and also bagged several civic bodies in some districts like Warangal and Khammam, Telangana CM Kalvakuntla Chandrashekar Rao is a worried man these days. The victories came after considerable humiliation beginning from the 2019 Lok Sabha polls, in which his daughter Kalvakuntla Kavitha failed to retain her Nizamabad seat, losing to BJP candidate D. Arvind, son of former minister D. Srinivas, a Rajya Sabha member from the TRS. That defeat was followed by the Dubbak assembly bypoll debacle, in which BJP candidate Raghunandana Rao, who belongs to KCR’s community and was earlier the official spokesman of the TRS, snatched the seat from his former party. The TRS was also unable to live up to its past record in the Greater Hyderabad Municipal Corporation polls, ending up with just 66 seats, though it expected to win at least 100.

In this backdrop, TRS is feeling the heat with the ‘exit’ of Etela Rajendar to join the saffron party and the ‘entry’ of Y.S. Sharmila with her YSRCP-Telangana. The Congress’s decision to appoint the ‘firebrand’ but controversial young politician Revanth Reddy as its state chief has added to KCR’s woes. Political analysts feel the entry of Sharmila and her YSRCP is bound to cut into the TRS’s support among Dalits and Muslims, while Rajendar’s exit has already threatened its base among the ‘backward castes’. At a meeting she addressed in Karimnagar district, Sharmila warned KCR not to criticise her father, the late Y.S. Rajasekhara Reddy. “Kabardar (beware) KCR, I am arrived in the state to stop its loot by your family,” she thundered. Former Andhra Pradesh CM Rajasekhara Reddy was known as a champion of Muslims and ‘backward castes’ due to many path-breaking initiatives of his government. He was the first CM in the country to announce 10 per cent reservation to Muslims. Though the Supreme Court eventually struck it down, his government implemented the policy for a couple of years, benefiting hundreds of Muslim youth. His government also provided ‘free’ coaching to Dalit youth for competitive exams. So, when Sharmila announced the formal launch of her party in Telangana on June 8, after the Election Commission’s approval, it was not good news for KCR, especially given his growing hostility with her brother, Andhra CM Y.S. Jagan Mohan Reddy, over the sharing of river waters.

Meanwhile, the custodial death of a Dalit woman made matters worse for the Telangana CM. Apprehending further loss of support, KCR thought it prudent to introduce a slew of welfare schemes for Dalits. Though his announcement of a Rs 40,000-crore package for Dalits has few takers, he said the entire amount will be spent over the next three years. To begin with, he promised to transfer Rs 10,000 to the accounts of 11,900 Dalit families under his new Dalit Empowerment Scheme. “Nobody can forget how he broke his promise to make a Dalit the first chief minister of Telangana,” recalls balladeer Gaddar, whose son unsuccessfully contested the 2018 assembly polls on a Congress ticket. Gaddar calls KCR’s promises a farce and says no Dalit will trust him again. Manda Krishna Madiga, leader of a dominant section among scheduled castes in the state, says all parties are facing a trust deficit and the people, especially Dalits, are unwilling to get carried away by KCR’s theatrics.

According to government figures, there are 7,79,902 scheduled caste farmers with around 13,58,000 acres of agriculture land. The government claims all these families benefit from its ‘rythu bandhu’ programme. KCR’s measures seem to have appealed to some Dalit leaders in the opposition ranks, especially Motkupalli Narsimhulu of the BJP, who had left the Telugu Desam Party just before the 2018 assembly polls. Many feel he may join the TRS by severing ties with the saffron party. Besides Dalit leaders among various opposition parties, KCR is expecting some seasoned bureaucrats from the scheduled castes to join his party and strengthen his hands ahead of assembly polls scheduled for 2023.