The Opposition meeting has been called by Congress president Sonia Gandhi to discuss the situation arising out of violence on various university campuses and protests in the country over the Citizenship Amendment Act, 2019. 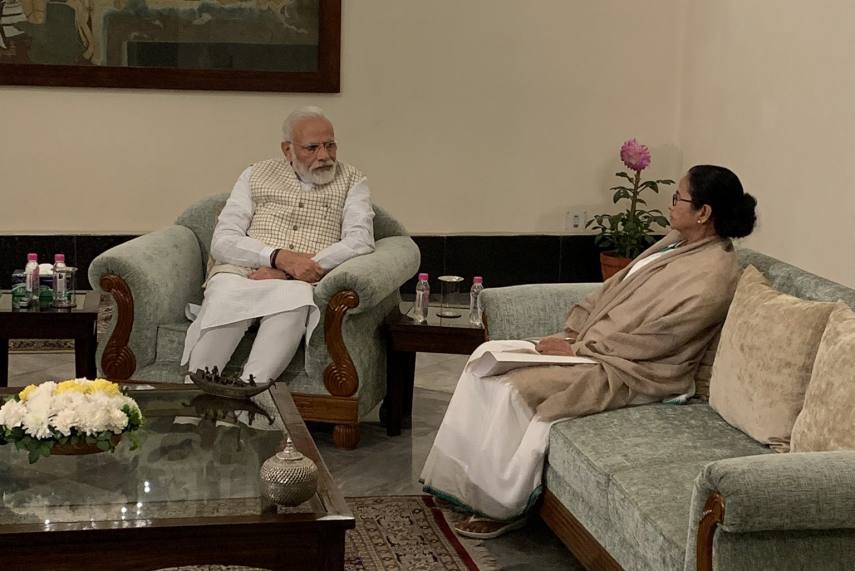 West Bengal Chief Minister and Trinamool Congress (TMC) chief Mamata Banerjee said she will not attend the Opposition meeting convened by Congress leader Sonia Gandhi on January 13 to discuss the issue of Citizenship Amendment (CAA), National Register of Citizens (NRC) and violence on various university campuses across the country.

But what made Mamata, a leading face in the buildup of people’s resistance against the CAA, NRC and NPR, to boycott the meeting?

The West Bengal Chief Minister, on Thursday, said she had decided to boycott the meeting as she did not support the violence that the Left and Congress unleashed in the state during the 24-hour nationwide strike by central trade unions across the country.

'Asked Him To Withdraw CAA': Mamata Banerjee After Meeting PM Modi In Kolkata

The opposition parties -- Left and Congress - hit back at her saying that she must have struck a secret deal with Prime Minister Narendra Modi and his party BJP that compelled her to stay away from the meeting. They claimed that though the TMC supremo declined to attend the opposition meet, she got time to meet Modi at Kolkata’s Raj Bhavan on Saturday.

Evidently the criticism had pushed her on the defensive as she decided to stay away from the Kolkata Port Trust’s 150th anniversary celebration on Sunday where she was to share dais with the Prime Minister and the state Governor. Though Mamata tried to defend her decision to meet the Prime Minister by saying that it was her constitutional duty, people were still looking askance at her.

On Saturday evening, when she was addressing the TMC demonstration against CAA at Dharmatala, the heart of Kolkata, a large number of students protesting against PM’s visit, broke barricades and raised “shame shame” slogans against her.

The unsavoury experience and the allegations made by state leaders of Congress and the Left made the situation tenuous for her. Congress leader Somen Mitra accused her of cutting a deal with Modi-Shah so that senior IPS officer Rajiv Kumar could be let off the CBI dragnet. They raised the issue of CBI’s demand to examine Kumar, former Kolkata Police Commissioner, in connection with vital evidence in the case of Saradha Ponzi scheme involving senior political leaders of the ruling party in Bengal.

Though Mamata refuse to attend the January 13 meeting inDelhi, y et, only a few days ago, she wrote letters to various opposition parties to unite against the CAA, NRC and NPR. She also attended the swearing-in ceremony of Jharkhand chief minister Hemant Soren on December 29 in Ranchi, where she shared the stage with several opposition leaders.

Also Read | As BJP Preps For 2021 Assembly Polls, Will It Be Dada vs Didi In West Bengal?

There are two other important opposition leaders who are likely to give the opposition meet a miss: Bahujan Samaj Party (BSP) supremo Mayawati and Samajwadi Party (SP) president Akhilesh Yadav. The two are allegedly involved in land scam cases and are under investigation by the CBI. CBI investigation is the common element that binds Mamata, Mayawati and Akhilesh.

Opposition leaders are linking Mamata’s reason behind the boycott to the CBI factor. In absence of any cogent explanation from Mamata, the speculation will only grow in strength and erode the credibility of Mamata as a serious opposition leader in Indian politics.