Why Only Technical And Experimental Startups? Why Not An Ethical One? 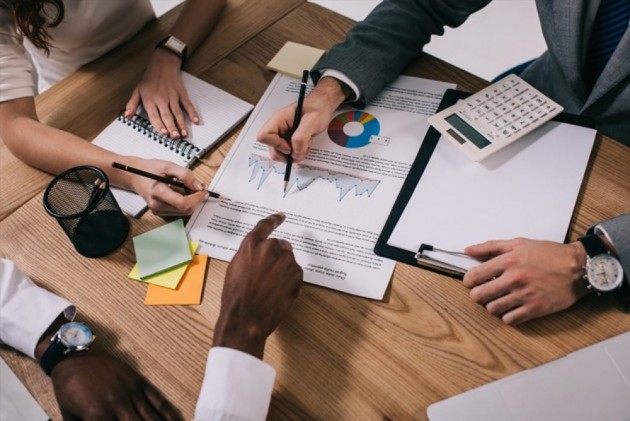 I was talking to a colleague of mine recently, and she was complaining, sadly. Hers was not a grumble, it carried a deep sense of pain. She has just returned from a Parent-Teacher meeting and she said, “We are obsessed with success. Kids of six or seven are already dreaming IIT. Yet, there is no sense of doubt, of ethics in these children or in their teachers.” She complained that the principal was talking of startups and she asked me, “Why are startups always technical and experimental? Is there no sense of experiment or joy in other domains? We say India is a great civilization, but we never think of ethical startups.”

I was surprised and startled but carried her idea to different forums. A Jesuit philosopher told me it was a beautiful idea. He claimed that “corporate India was suffering from two major oxymorons -- Sustainable Development and CSR.” I was intrigued and asked him to elaborate. He said, “The concepts are siblings. We derive the idea of caring from sustainability and fine-tuned it to productivity. Thus, India never for obsolescence while it is pretending “sustainability” when tribes languages are disappearing when ways of life-like crafts are being destroyed, one cannot talk sustainability.”

He then added “CSR has no ethics. It is a pastime, an add on, and add ons can never be ethical. They are icings on a pretentious cake.” Wickedly, I asked him “is an ethical startup not an oxymoron?” He smiled and asked me, “did you look at the newspaper today. The little Swedish schoolgirl Greta Thornburg has an ethical startup. A child talking climate change. Telling truth to power is an ethical startup. She has reprimanded politicians for talking climate change but evading all responsibility under it”. I was fascinated. He smiled and added wryly, “Gandhi’s ashrams were all ethical startups. Gandhi's ethics was experimental and an experiment is a prelude to innovation.” I suddenly realized that I was confronting a powerful idea, a world, a network of ethical startups.

I fished around for ideas over the next few days and got some interesting suggestions. I heard an anthropologist say, “Why talk of information corridors? Each university can be an ethical and cultural corridor. Imagine if small groups of students decide to save a craft, a dying language or a disappearing species, the debate on diversity would take a different turn. The word triba on craft would have a different meaning.”

I met a leading astronomer at The Raman Institute at Bangalore and he said, “why are we buying equipment en-bloc. Why cannot we craft them in the laboratory? The scientists should try”. He then added he had an idea of an ascetic and aesthetic science. He said science, as it moved to technology, had become an act of conspicuous consumption, oozing affluence, not ascetic style. He added many scientists know about the different ways in which food is adulterated. They should challenge it from the laboratory whether it is milk in additives or hormonally enlarged vegetables. He claimed that a laboratory is an early warning system against technological and ecological dangers. “But one needs the idea of science as ethical startups.”

I realized that startup was a metaphor, a sense of doing something differently, a world where caring, trusteeship make a difference. Of course, people warned me against the overuse of the idea. Without reflection it could become exaggerated and hypocritical. An old stalwart journalist gave me an example. Decades ago, Congress was launching the Garibi Hatao program. Many politicians tried to be poor, poor for a day. They went to the village with a whole entourage. What Arthur Koestler claimed cynically about Gandhi was more true for these politicians. He said, “It took a lot of money to keep Gandhi poor. This was more true of politician who practised conspicuous poverty.”

I loved the neologism and wished I had coined it. The idea conspicuous poverty captured the political hypocrisy of the Congress as a party.  Ethical startups, I realize, was a powerful idea, which could be applied simply. It was more than social work because the idea had to be self-sustaining. It had to catch on. Secondly, the ethics moved two ways. There had to be a link between the way you lived and the lives you wished to change. An ethical startup was not a philanthropic or charitable enterprise. It was an act of sharing and innovation with and within a community. It blended entrepreneurship and trusteeship. It need not be material. It could be theoretical.

A wonderful story I heard from the weaving town of Chirala. A few hundred weavers met and made a fascinating decision. They decided weaving as a way of life was being seen as a sunset industry by the state. The state had theorized them into obsolescence. The weavers decided with the help of NGOs to recover the task of theorizing. Weaving and theorizing had to co-exist for justice to be possible. Between weaving and storytelling, I felt a new politics of aesthetics was born.

One senses that ethics is a word we need to explore, to invent as worlds die and the Anthropocene is born. Mere science will not do. We need ethical startups, experiments to trigger alternative ways of thinking and living. The idea of the Ethical Startup could take as its muse and mentor Gandhi’s designer Maurice Frydman. He had over 100 electrical patents and he was the man who persuaded Nehru to give refuge to the Tibetans. He was self-effacing but felt the ethical, the mystical and the technical could combine to create a difference. India needs exemplars of that order.

Shiv Visvanathan is a Professor at Jindal Global Law School.