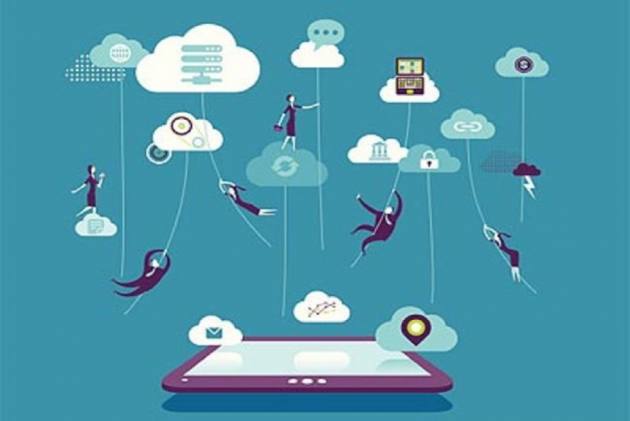 Children question their parents or teachers less – they ask their devices. They get their answers from the unimaginably vast, interconnected knowledge of all of humanity. That is the Internet. So incredibly enormous, so complex is its connectivity, that we simply call it The Cloud.

We are in the middle of a pandemic and it is common to hear the words, “When we go back to normal”. What ‘normal’ are they talking about? 2019, or maybe 1919 or could it be 1819? What do we do then, if there is no normal we can all agree upon? Fortunately, there are some things we can do quite easily. We can go forward in time, whether we want to or not, as a matter of fact. And “normal” is what most people like to do, at least that is how it should be. Until recently, we had primitive methods for figuring out what most people like. An easily manipulated voting system, or a monarch who knew “the pulse of the people” or even a supernatural entity who would whisper, in some suitable language, into the ears of an unsuspecting chap. We had to live with these methods for defining what normal was, since the beginning of civilization.

Until now, when a non-human entity stares out of a screen and says, “ask anything”. We are scared of it, we don’t think it is normal.

We can do anything with the Cloud. Buy and sell, eat, cook, get our clothes, houses, cars, watch movies, read books, listen to music, talk, write, communicate, ask, create, teach, learn, heal….

Schools must prepare children for this world.

Our schooling system was invented for a world without technology. Workers needed three basic skills – reading, writing and arithmetic. They needed to be obedient, quiet, efficient, and not ask questions. Curriculum, pedagogy and assessment systems were designed all over the world to produce such a workforce. Indian schooling continues to be perhaps the best example of this clerk-making machine for an Empire that is long gone.

The problem is simple: The requirement of obedient, unquestioning people to do repetitive things is reducing due to technology. We need critical and creative thinking, to make machines do interesting, instead of repetitive, things – such as drive cars or remove tumours.

To produce creative people using an obsolete education system that attempts to switch creativity back on after switching it off is inefficient, prone to failure and expensive. We need to change the system, not ‘improve’ it. A typewriter cannot be ‘improved’ to become a computer.

When children access the Internet over large, safe and publicly visible screens, the net can be their most beneficial friend. Groups of children can learn almost anything by themselves, using the Internet. There is evidence of this from all over the world.

Children, who access the Internet from self-organised learning environments (SOLEs), learn to read sooner and better, they gain self-confidence and they retain what they have researched for much longer than traditional learning.

The Internet enables children to talk to people anywhere in the world. If such interaction is in safe, public spaces with large screens and clear audio, the effects can be dramatic. Since 2009, a ‘Granny Cloud’ has been interacting with children in remote areas with great mutual advantage.

In assessing for a Ph.D. degree, what we look for is a learner’s ability to attempt and, perhaps answer, a question to which no one has an answer. It is the only degree that is assessed in this way.

This is the spirit with which we must redesign the system. A curriculum made up of what we don’t know. The Big Questions. The teacher’s role in such a system, much like the ‘supervisor’ in a Ph.D. program, is that of a friend who stays with and encourages the learner.

Children love Big Questions. The Internet in schools will cause primary education to focus on critical and creative thinking. Allowing use of the internet during examinations can be the easiest way to create a new education system.

The School in the Cloud will be our new normal.

(Prof. Sugata Mitra, an expert in Education Technology was the keynote speaker at the International Summit on Early Years (ISEY) 2021 organized by KLAY Pre Schools and Day Care. He delivered a talk on Going ‘Forward’ to Normal – A Practical Post-Pandemic Approach to Education. He is a former professor of Newcastle University in England where he taught Educational Technology. His ‘hole-in-the-wall’ experiment with children and the internet and subsequent development of Self Organised Learning Environments are known throughout the world.)