Why Should Silicon Valley Platforms Get Immunity In India? 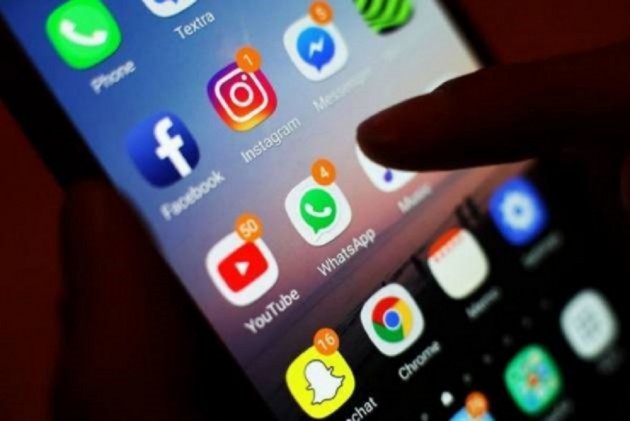 As the epidemic of misinformation continues to sweep India due to the indifference of Silicon Valley platforms like Facebook, Twitter, WhatsApp and YouTube, one would have expected more calls from key opinion makers in the Indian technology space to reform the laws that allow Silicon Valley to get away with its shenanigans. Such voices appear to be surprisingly muted if not completely absent.

In contrast, in the United States there is a bi-partisan political consensus to abridge the legal immunities that enable Silicon Valley’s business model of thriving on the spread of misinformation. The debate in that country revolves around Section 230 of the Communication Decency Act which gives Silicon Valley platforms broad, qualified immunities from any liability for the content posted by their users, until such time that they have been aware of the content by a third party. This is unlike traditional publishers such as newspapers who are presumed to have knowledge of all content in their newspapers, including the advertisements. Section 230 was originally enacted in the nineties, to provide emerging business models on the internet with some legal immunity for content posted by their users. This legal shield in effect acted as a subsidy for the fledgling internet industry because it saved them the cost of hiring content moderators or creating automated filters to keep out illegal or undesirable content. That one provision was critical to the astronomical growth of platforms like Facebook, YouTube etc. Unencumbered by any threats of legal liability, these platforms allow their users to post all kinds of vile and misleading content to the extent that many democracies like the United States no longer have a sense of “shared reality”.

With time, as misinformation became a serious issue in the United States, especially in the build up to the recent Presidential elections, the tide has turned again Section 230. Both Joe Biden and Donald Trump have called on the repeal of the provision for different reasons. These political debates were mirrored in the leading American newspapers like the New York Times and the Wall Street Journal dedicating much reporting and many opinion columns to the debate around Section 230. Similarly, there has been a fair amount of American academic scholarship debating the issue, with strong arguments being made on both sides. Together, these political, journalistic and academic discussions represent a robust public debate in America over one of the most critical issues that has caused this epidemic of misinformation on the internet.

70 Years Of Indian Judiciary | Opinion: Indians In Their Mid-Twenties Are Delivering As Judicial Magistrates, How Alarming Is That!

OPINION | How About Including Citizens In Criminal Justice System? The Jury System Can Be Very Educative

In contrast, India which is facing a far worse epidemic of misinformation, which at times has led to mob lynching and electoral misinformation, is not witnessing a balanced debate on the issue. Section 79 of the Information Technology Act which is the Indian version of Section 230, is far narrower, offering legal immunities to only those platforms who conduct their “due diligence”. The Supreme Court in a poorly reasoned judgment concluded that the “due diligence” standard could be fulfilled only when platforms receive a court order to take down content! With a sleight of the judicial hand, Silicon Valley managed to get a level of protection not provided to it even in the United States.

In reality, if the government lawyers had taken Supreme Court through the legislative history of Section 79, it would have been clear that the phrase “due diligence” used in Section 79 actually meant proactive monitoring of content by platforms. This is clear from the negotiations before the Standing Committee that examined a proposed amendment by the government in 2008 to delete the phrase “due diligence” from Section 79. Not only did the Standing Committee shoot down the proposal to delete the phrase, it clearly stated that these platforms should be required to conduct some form of pro-active filtering of content. Ignorant of the legislative history of the provision, it is no surprise that the Supreme Court came to the conclusion it did. In the process, the Supreme Court has made it easier for platforms to escape liability for the tsunami of India-centric information that sweeps across these platforms. It should therefore not surprise us when these platforms, be it Facebook or Twitter, are far more aggressive in taking down misinformation in the United States than they are in India.

Yet when the government tried, last year, to amend certain guidelines associated with Section 79, to require platforms to conduct proactive filtering of content it was met with accusations of “censoring” the internet, a phrase that was then picked up by even by the international press like the New York Times while reporting on those guidelines. However, when old white politicians in America talk about doing away with Section 230 entirely, a reform far broader than the Indian government proposal, the same New York Times will never call it “censorship”.

It has become clear over the last few years that the Government of India is simply unable to counter the formidable public advocacy machine of Silicon Valley. Not only does this include exceptional ‘public policy’ teams of Silicon Valley but also an ecosystem of NGOs and research centres like the Centre for Internet & Society (CIS) and the Centre for Communication Governance (CCG) at the National Law University of Delhi which have received substantial funding from Google and/or Facebook, while also serving as recruitment pools. Facebook’s latest hire for its policy team was the founder of CIS. While this ecosystem is quick to hold the government accountable for bad policies, they rarely, if ever, direct the same degree of attention towards the many malpractices of Facebook or Twitter.

When the government was debating the proposed guidelines to Section 79 last year, many in Silicon Valley’s ecosystem made the incredible argument that any attempt to impose a proactive filtering requirement on Silicon Valley platforms would be an unconstitutional restriction on speech! This is a spectacularly flawed misunderstanding of Section 79 and its interaction with the fundamental right to free speech. Section 79 is not like the erstwhile Section 66A (struck down in the Shreya Singhal case) i.e. it is not a restriction on free speech, it is special privilege offering immunity to only some entities involved in the publication/broadcast of information. As any constitutional law student would tell you, only restrictions on speech can be tested against the touchstone of Article 19(1)(a), not privileges. After all, most of the press in India works without any legal immunities for the content that they publish because that has always been the law. If you profit from the publication of information you should be held liable for the content.

The immunities for online platforms made sense in a different era when they were still experimenting with an exciting new technology with unknown potential. That time has passed. Today we are dealing with some of the wealthiest and powerful corporations in human history. These corporations need to be held liable for their business models. They do not require subsidies such as Section 230 or Section 79. While the Americans have reached a consensus on the need for reforming Section 230, although it is far from clear on the exact nature of the reform, India is far from any consensus on Section 79.

One of the primary reasons for the lopsided debate in India is the overwhelming influence of Silicon Valley platforms on the technology policy circles in India. Most, but not all, NGOs, publications and lawyers in this space are dependent on Silicon Valley platforms for funding, jobs and revenue and all of them are aware that the issue of Section 79 is the ultimate lakshman rekha when it comes to any criticism of existing tech policies. It is however crystal clear that India cannot deal with the misinformation epidemic without making changes to Section 79. The future of our democracy is being threatened by the misinformation being spread on the internet and we need to hold those profiting from such practices, accountable.

(The author is an independent lawyer. Views expressed are personal, and do not necessarily reflect that of Outlook Magazine)