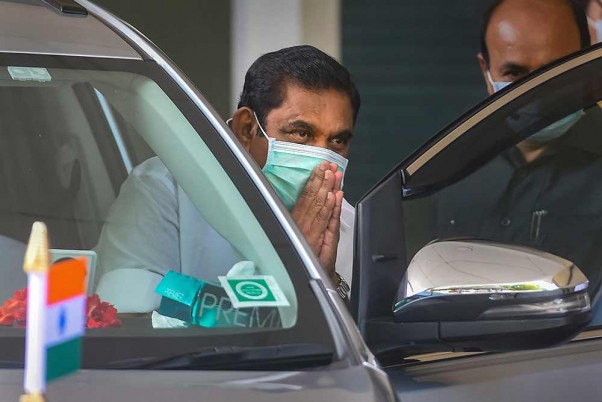 Early this week, large advertisements appeared in the Tamil mainline media hailing Chief Minister Edappadi K. Palainswami as “human God of students” and assuring him that students will vote only for him. The ads were taken out in the name of “Students Advancement Forum”, a little known outfit. They were also supplemented by flex banners, with the smiling face of the Chief Minister accompanied by similar adulatory words, placed in front of colleges across the state.

Why this sudden love and gratitude for EPS from the student community? The Chief Minister, with a stroke of his pen, had cancelled the examinations for college students, except those in their final semesters. That meant the arrears that many college students had piled up and were struggling to clear were no more an insurmountable burden. However, students who have arrears from their final semester will still have to write exams. And also the exemption would apply only to those students who had paid their exam fees for the arrear exams.

The immediate beneficiaries were lakhs of engineering students who had collected a bunch of arrears on the way to their seventh semester and were contemplating dropping out due to the backlog. Since those with arrears could enter their fourth year of engineering only if they had no backlog from their first three years, the scrapping of arrear exams sparked an all-round celebration among the student community. “I was staring at 21 arrears after my third year and now I can enter the fourth year without any burden,” admitted Gautham, who is studying in a private engineering college in Salem.

Not just engineering college students, even those in arts and science graduate courses will benefit from these concessions. Since these students will be over 18 years if age and most of them may be first-time voters during the 2021 Assembly elections, EPS has created a bank of grateful voters with his decision. “Not just the students, even their relieved parents could become prospective AIADMK voters for the break EPS has given their wards,” admitted a senior Minister who came up with the advertisement campaign in the name of “Students Advancement Forum.”

Sensing that the government’s move could swing the young voters towards the ruling party, DMK leader M.K. Stalin came up with his recipe to keep his party DMK in the good books of the students. He demanded that even those who had not paid their exam fees should also be given these concessions.

But educationists have frowned upon the entire idea. “You will be sending lakhs of poorly qualified engineers into the marketplace, many of them without the required knowledge or skill,” cautioned former Anna University Vice-Chancellor E. Balagurusamy.

Former Education Minister and AIADMK spokesperson, Vaigai Selvan, said that the concession had been given only on the recommendation of a committee of experts appointed by the UGC and AICTE and there was nothing political about the move.

“If a good decision is being welcomed by the society, why should it be faulted,” he said when asked about the ad campaign hailing EPS. He also pointed out that only those students who had paid the exam fees needed to be rewarded since the others never had any intention to take the exams. He also pointed out that this was a one-time decision taken due to the pandemic. But the same pandemic has allowed the ruling party to woo the young voters with a one-time exemption.