In her over-enthusiasm, the maverick retired IPS officer would often cross the line, embarrassing the Centre. 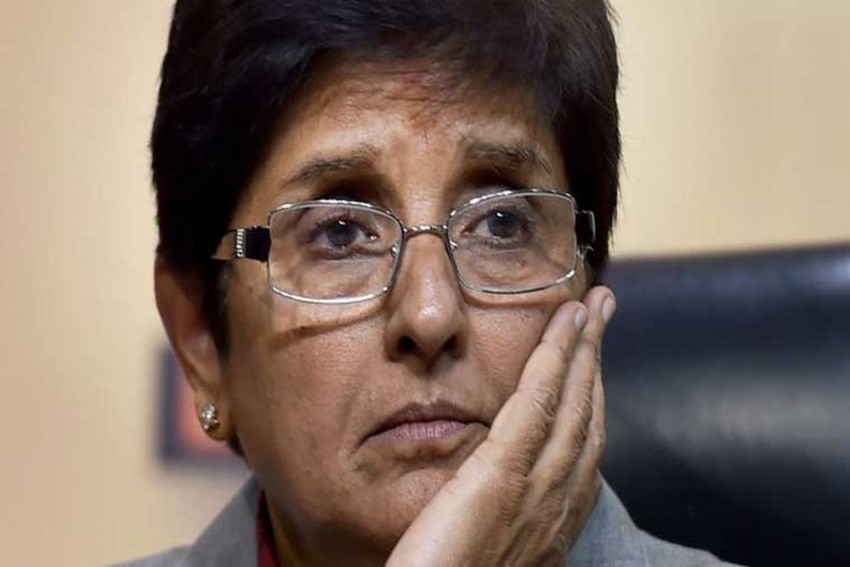 As Lt Governor of Puducherry, Kiran Bedi’s mission was to keep the Congress government under V. Narayanasamy under constant vigil and check. But in her over-enthusiasm, the maverick retired IPS officer would often cross the line embarrassing the Centre.

For example, in September 2019 she suddenly ordered that the Public Distribution System (PDS) rice distributed to the poor by the UT government should be substituted by cash directly deposited into the beneficiary’s bank account. This created a storm in the UT, notorious for its liquor culture, thanks to cheap prices, as the money in bank accounts would have been splurged by the menfolk on alcohol. In such a situation the women would have been deprived of their main source of food. Even the state BJP was against LG's move.

Even after all the parties adopted a resolution unanimously in the Assembly that only rice should be distributed to ration cardholders at the rate of 20 kg to Below Poverty Line (BPL) and 10 kg to Above Poverty Line (APL), Kiran Bedi refused to accept the recommendation. Only after the Centre intervened she allowed the distribution of free rice through PDS.

Similarly, her comments that Chennai’s water crisis in 2019 was the result of corruption and failure of the local government only angered the AIADMK government in Tamil Nadu which was friendly towards the Centre and the BJP. Some of her comments like Coronavirus being a result of karma of meat-eaters only invited derisive remarks on social media. She forgot that a majority of the UT’s population was meat-eaters.

While Narayanasamy repeatedly accused her of running a parallel administration by giving direct orders to officials, Kiran Bedi claimed that the LG of a UT had more powers than state governors. Even BJP leaders admitted that she often exceeded her brief in her over-enthusiasm. “Some of her unilateral actions instead of embarrassing the Chief Minister only created sympathy for him,” observed a BJP leader.

That is one reason why Delhi has sought to replace her since under the President’s rule, which is most likely after the fall of the present Congress government, an LG who was less dictatorial was more likely to help the BJP cause during the Assembly elections. Another reason was that her five-year term was anyway coming to an end as she was appointed in May 2016. BJP insiders say that a new LG would be in office before elections are held and that the temporary office that Tamilisai would hold was to handle the situation if and when the Narayanasamy government falls.

A confident Narayanasamy, however, claimed that he still enjoyed a comfortable majority which he was ready to prove. However, with the Puducherry BJP announcing that Prime Minister Modi would be addressing a public meeting in the UT on February 25 the end of the Congress government looks all the more imminent.