The man was returning home late night, when a herd of elephants attacked him along National Highway near Korba. 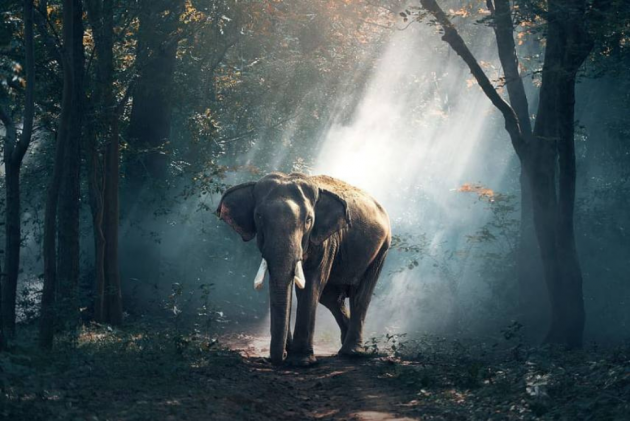 In a heart wrenching incident, a 65-year-old man was trampled to death by a herd of wild elephants in Chhattisgarh’s Korba district, officials said on Thursday.

The incident occurred, when a man identified as Tilsingh Gond, a resident of Gursian Jhaliyamuda village under Katghora Forest Division, was attacked by tuskers along National Highway late night on Wednesday.

The deceased was returning home, after meeting relatives in another village, when a herd attacked him, said Divisional Forest Officer (DFO) of Katghora Shama Farooqui.

The victim and another villager identified as Akbar were pushing the former's two-wheeler, which had run out of petrol, she said, adding that while Akbar managed to escape, Gond was trampled to death.

At least 50 elephants in separate herds are roaming in Etamanagar, Kendai and Pasan forest range of Katghora forest division, and to prevent such attacks, Hathi Mitra Dal and patrolling teams have been monitoring the area, the official said.

Forest officials rushed to the scene and an immediate relief of Rs 25,000 was given to the victim's family, while remaining compensation of Rs 5.75 lakh will be disbursed after completion of necessary formalities, she added.

Several incidents of human-elephant conflict have been reported in the past from the thick forested northern Chhattisgarh, comprising Surguja, Surajpur, Korba, Raigarh, Jashpur, Balrampur and Korea districts.

As per the government records, as many as 204 people were killed in elephant attacks and 45 tuskers have died in the state in the last three years.(With PTI inputs)