Will Allot Slot For Trust Vote When CM Kumaraswamy Seeks It: Karnataka Speaker

The embattled chief minister Friday sought time from the Speaker Rakesh Kumar to move the trust vote in the House in the wake of resignation by 16 MLAs--13 from the Congress and three JD(S) legislators. 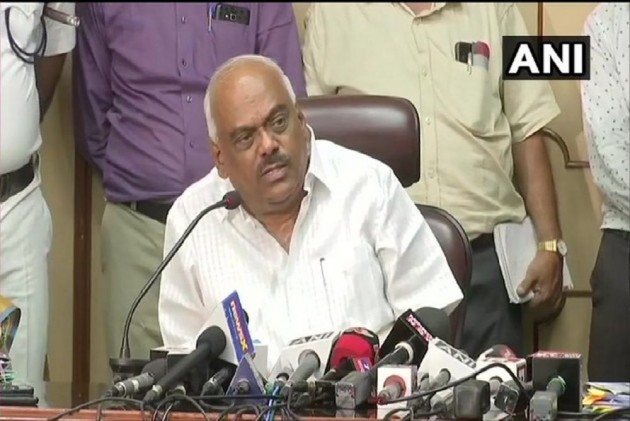 In the wake of H D Kumaraswamy deciding to seek a trust vote, Assembly Speaker K R Ramesh Kumar Friday said a slot would be allotted whenever the Karnataka Chief Minister opted for it.

"The chief minister has spoken his mind that he would not cling to power amid the confusion. He said he will seek the trust of the House," the Speaker told reporters here.

"Whenever he tells me that he wants to move the trust motion, the very next day I will put it in the business of the day," he added.

The embattled chief minister Friday sought time from the Speaker to move the trust vote in the House in the wake of resignation by 16 MLAs--13 from the Congress and three JD(S)
legislators.

Also, two independent MLAs withdrew their support to the government and aligned with the BJP.

To a question on the justification behind the chief minister seeking to trust vote while paying condolences, the Speaker said the question should be put to Kumaraswamy.

"I feel that it can be heard because he had said that he will not cling to power in the current situation. I cannot say that I will hear it today itself. He has only informed me that on a certain day he will seek the trust vote. My job will be to include it in the list of business of the day," Ramesh Kumar added.

The Speaker was supposed to start the hearing on the resignation of three MLAs Anand Singh, Prathap Gouda Patil and Narayana Gowda Friday.

However, two of them approached the Supreme Court, which directed the speaker to maintain 'status quo'.

Asked whether he would still start proceedings on the resignation by three MLAs, Kumar said, "I will start the process if they come. If they don't come I will sleep at home. That's it."

The resignations have pushed the Congress-JD(S) coalition government in the state to the brink.

If the resignations are accepted, the coalition of Congress and JD(S) will have 100 members while BJP will have 107 MLAs.

With the support of the two independents, who Monday resigned from the ministry, the BJP has 107 MLAs in the 224-member House, where the half-way mark is 113.