Will Be Unconstitutional For Modi Govt To Present Full Budget Ahead Of Lok Sabha Polls: Yashwant Sinha

Former finance minister Yashwant Sinha accused the Modi government of dressing up economic figures and said statistics brought out by it are not trustworthy anymore. 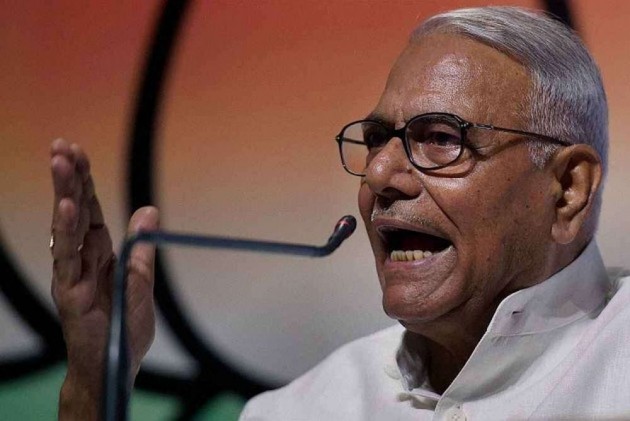 A strong critic of the BJP-led National Democratic Alliance (NDA) government, Yashwant Sinha accused the Modi government of "dressing up" economic figures and said statistics brought out by it are "not trustworthy" anymore.

The former finance minister on Monday said it would be "entirely improper and unconstitutional" if the Modi government presents a full budget ahead of the Lok Sabha polls, as he asked it to stick to the "convention" of outgoing dispensations presenting an interim budget.

Priyanka Gandhi's entry into active politics will have a positive impact and strengthen the Congress, Sinha said while interacting with reporters at the Indian Women's Press Corps.

Slamming the government's handling of the economy, he said the country faced an "unprecedented" agrarian distress with employment not picking up and the huge non-performing asset (NPA) problem being not tackled the way it should have been.

Taking a swipe at the government over the present economic conditions, he said it would now claim by "tweaking" figures ahead of the general election that a "river of milk" is flowing in the country and people were never happier.

Amid speculation that the government may present a full budget on February 1, Sinha said there is no precedence of an outgoing government doing so.

"It would be entirely improper and unconstitutional on the part of this government to present a full budget," he said, adding it should neither table the economic survey, which is generally presented a day before the budget is tabled, nor present the Finance Bill.

The Budget session is scheduled to begin on January 31.

Interim budgets were presented in 2004, 2009 and 2014, he said and added that he had also tabled two interim budgets as finance minister.

The government may claim that the Constitution does not bar it from presenting a full budget but a convention is equally important, Sinha said and asserted that the Article 116 makes provisions for presenting interim budget because this is what an outgoing dispensation should do.

Commenting on the upcoming elections, which are expected in April-May, he said the BJP would like to make it a presidential contest but opposition parties should concentrate on the issue and not personalities.

This question like "who after Nehru, who after Shastri, who after Indira" is asked all the time but it has often happened that opposition parties have elected their leader after defeating the ruling alliance, he said.

Sinha also alleged that institutions of democracy in the country were under a threat and that the current situation can only be described as an "undeclared emergency".

Bureaucracy looked up to the prime minister's office and not to ministers concerned, he said and added wryly, "not necessarily my son".

His son Jayant Sinha is a minister in the government and has defended its policies against his criticism.