Will Carry Luggage Of 15 Labourers If They Allow Me: Rahul On FM's 'Dramebaaz' Dig

'I am not hesitant of helping them. I aim to take what's in their hearts to the citizens of India,' Rahul Gandhi said. 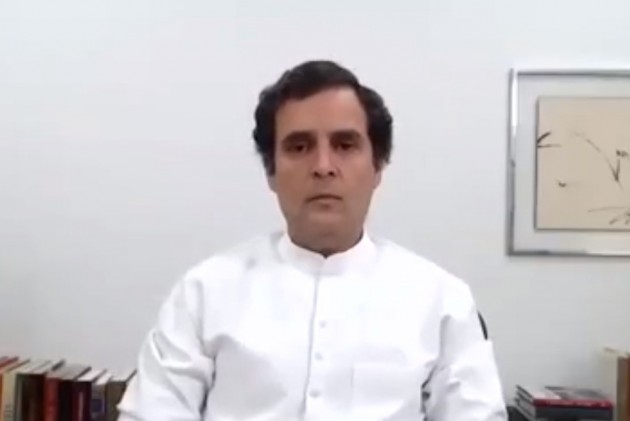 Congress leader Rahul Gandhi, who was seen interacting with migrant labourers in the national capital last week, on Tuesday said he speaks to them to understand what's in their hearts, adding, "I want to understand them."

In a press conference, when a journalist, referring to Finance Minister Nirmala Sitharaman's "dramebaaz" dig at Rahul, asked if the latter would pick the bags of migrants when he meets them next, the former Congress President said: "I am not hesitant of helping them. I aim to take what's in their hearts to the citizens of India."

"I don't have any hesitation in carrying their luggage. I will pick their bags if they allow me; I will carry not one but bags of 15 people but they won't permit me," Rahul Gandhi said towards the end of his press conference.

"They are our strength and they are the future," he said.

Finance Minister thinks my interactions with migrants are drama and that's her view, Rahul said, adding he would leave for Uttar Pradesh on foot and help as many people as possible if FM Sithraman allowed him .

Earlier, Rahul said that the lockdown had failed to achieve the objectives stated by Prime Minister Narendra Modi in his address to the nation, adding India is the only country where the cases of coronavirus are exponentially rising and we are lifting restrictions. "India is facing the results of a failed lockdown," he said.

Rahul said that it was pretty clear that the aim and purpose of lockdown have failed in India. The former Congress President added that he had been conversing with state chief ministers and they, according to him, "have been fighting a lone battle."