'Will Fight Election From Wherever Party Says': CM Yogi Adityanath Ahead Of UP Polls

CM Yogi Adityanath tried to allay concerns apparent among some of the sitting MLAs regarding getting party tickets saying the BJP was a 'very big family' and people’s role in it may change with time. 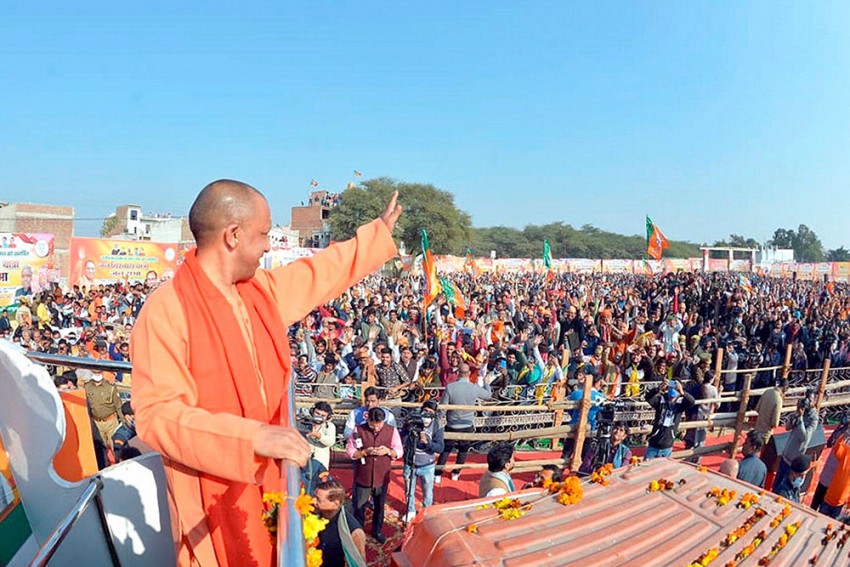 Uttar Pradesh Chief Minister Yogi Adityanath on Saturday confirmed he will contest the upcoming assembly elections, but from which seat will be decided by the party leadership.

“I will fight the election from wherever the party says,” Adityanath said when asked whether he will contest from Ayodhya, Mathura, or from his home district Gorakhpur.

Yogi, who is currently a member of the Uttar Pradesh Legislative Council, was interacting with the media here.

Asked if there was any work he could not do in his five-year tenure, Yogi said, "Whatever was said, was done. There is no work left for which there should be any regret."

The CM tried to allay concerns apparent among some of the sitting MLAs regarding getting party tickets saying the BJP was a “very big family” and people’s role in it may change with time.

"Every person's role is different at different times. It is not necessary that one person should always be in the government, sometimes he can also do the work of the organisation,” he said.

The CM said COVID-protocol will be followed to the hilt whenever the dates for the election are announced.

Asked about what changed since the 2017 elections, Adityanath said: "In 2017 we fought on failures of the state government. This time we are contesting on the basis of our achievements."

The CM also took a swipe at Samajwadi Party president Akhilesh Yadav's promise of giving 300 free units of electricity to domestic consumers upon coming to power, saying that people of the state know “only five districts used to get power supply before 2017”.

Earlier in the day, the SP chief while wishing the people a happy New Year, made the announcement tweeting in Hindi.

"2022 will be a new year with new light for a new Uttar Pradesh. Three hundred units of electricity for households (domestic consumers) will be given free and electricity for irrigation will be free," Akhilesh wrote.

On the Congress' promise of giving scooties to women upon coming to power, Adityanath asked how many scooties have been distributed in Punjab, Chhattisgarh, and Rajasthan where the party has its government.