Former Mumbai police commissioner Param Bir Singh had alleged that Anil Deshmukh had asked police officers to collect at least Rs 100 crore per month from bars, restaurants, and other establishments. 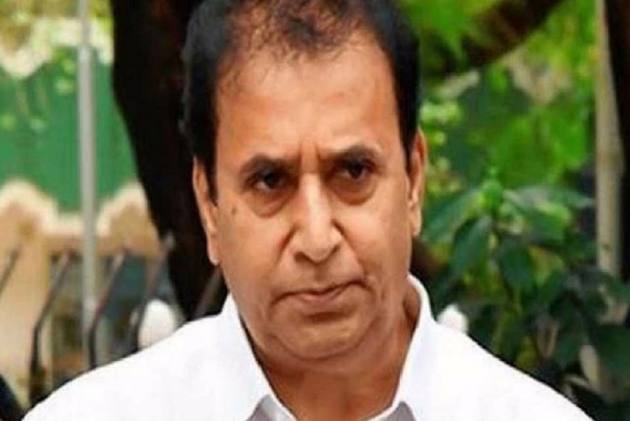 Maharashtra Home Minister Anil Deshmukh said that he will file a defamation case against former Mumbai police commissioner Param Bir Singh as the latter levelled charges of corruption against him.

Taking to Twitter earlier, the NCP leader had refuted Singh's allegation that he had asked police officers to collect money from bars, restaurants, and other establishments.

The former Commissioner of Police, Parambir Singh has made false allegations in order to save himself as the involvement of Sachin Waze in Mukesh Ambani & Mansukh Hiren’s case is becoming clearer from the investigation carried out so far & threads are leading to Mr. Singh as well

In a statement made on Saturday evening, Deshmukh also asked why Singh had been silent for so long, and alleged that the IPS officer, shunted out from the post of city police commissioner on Wednesday, was only trying to save his own skin in the Sachin Vaze case.

"The allegations made by Singh are false and I am filing a case of defamation against him," Deshmukh said.

"In the Mukesh Ambani case and the Mansukh Hiran death case, Sachin Vaze's involvement was established and the trail was to reach Param Bir Singh. It is due to this possibility that these allegations have been leveled," Deshmukh said.

On Thursday, a day after Param Bir Singh was shunted out, Deshmukh had said he was transferred after some of his colleagues committed "serious and unforgivable mistakes".

Singh alleged in his letter to Chief Minister Uddhav Thackeray that Deshmukh had told Vaze that he had set a target of collecting Rs 100 crore a month, half of it from nearly 1,750 bars, restaurants, and similar establishments operating in the city.

" If Sachin Vaze told him about this in February, why was Singh quiet till now? Singh took the decision to reinstate Sachin Waze after 16 years (after he was suspended in Khwaja Yunus custodial death case)," Deshmukh said.

"Sensing trouble in the explosives case, Singh has leveled baseless allegations to blackmail the government. This is a conspiracy by Singh to mislead the probe into the explosives and Mansukh Hiran death cases," the minister said.

The chief minister should order an impartial probe in Singh's allegations, he added.

Vaze was arrested by the NIA last week in connection with the recovery of explosives-laden Scorpio near industrialist Mukesh Ambani's residence here last month.

The NIA has also taken over the case related to the mysterious death of Mansukh Hiran, from whose possession the SUV had been allegedly stolen.