‘Will Forcibly Acquire Land, Who Are You To Stop?’: Himachal Minister To A Complainant 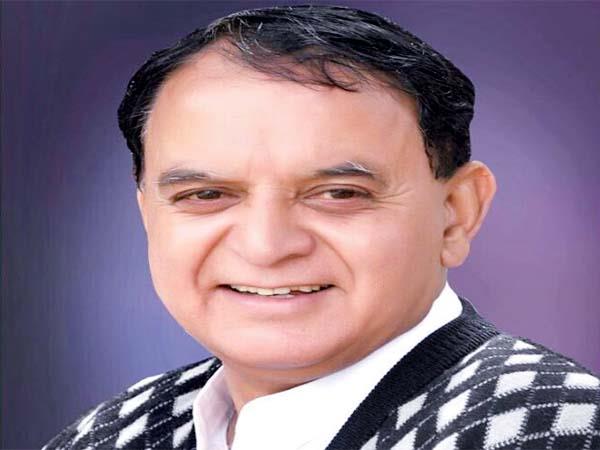 A cabinet minister in Himachal Pradesh government has drown flak for threatening to forcibly acquire private land on a public grievance forum.

Jal Shakti minister Mohinder Singh Thakur, who ranks at number 2 in the Himachal cabinet, lost his temper when a man raised a complaint to him at ‘Jan Manch’—a flagship public outreach programme initiative of Chief Minister Jai Ram Thakur.

“What will you do? Who are you to stop? We will forcibly acquire the private land,” the minister said in an exchange of words with the complainant, following which the police quickly whisked away the complainant from the podium, where he was invited to raise the issue.

The incident happened on the day the ‘Jan Manch’ programme was revived on September 12 after a 11-month break due to Covid-19 pandemic. Under the programme, the state’s ministers would be sent to every district once a month to find on-the-spot solution to public grievances.

Thakur was deputed to Mandi, Chief Minister Jai Ram Thakur’s home district, where he made the controversial remarks.

While Takur was presiding over the Jan Manch, a complainant, Gurbakh Singh drew attention of the minister towards a sewerage treatment plant, being set-up at the bank of a local rivulet (Khad), which has a drinking water supply already functional. Singh said such a step to locate the plant at source of the drinking water scheme would be a serious health hazard.

“The people of the area are opposed to the site chosen for the plant. It will create serious environmental pollution. Moreover, as had been an experience in 2015 at Dharampur, a nearby area, setting-up this plant at the bank of a rivulet will not be safe, could be washed away. This will be a wastage of public money if it gets washed away,” Singh lamented.

The minister shot back at the complainant, “Oh…Mr.. who are you to oppose the plant? It’s coming-up on the government land. We have processed a case for forest clearance. Don't try to misuse this platform for politics as you are standing at a government platform”.

But, when Singh argued that there is not enough government or private land required for the sewerage scheme, the minister lost his temper and said, “We will forcibly acquire the private land .You may go to the court”.

“We will do it. The government will do it. What will you do? Who are you to stop? We will forcibly acquire the private land,” the minister said.

The complainant retorted back, “If this is dictatorship, then we will approach the court”

The minister again said, “You go where you want to go.”

Soon after, the complainant was quickly whisked away by the police from the podium –where he was invited to raise the issue.

Meanwhile, in Bilaspur district, the power minister Sukh Ram Chaudhry was confronted with a complaint of a woman—who remained deprived of potable water for past 15 years. She had been facing serious hardships to cook meals and said sometimes she had to use rain water. “The scheme – ‘Har ghar main nall’ (water tap in every household) is a farce. Here is the reality,” she said as the minister assured water connection to her within 15 days.

Two rival groups also clashed in presence of Chaudhry over the issue of illegal mining in the area.

Forest and Sports Minister Rakesh Pathania reached two hours late at ‘Jan Manch’ in Kangra district while people kept waiting despite heavy rains. The administration did not make any arrangements for their seating.

In all, a total of 1609 complaints were heard in 11 districts, said an official spokesman later in the day.

The Congress Legislature party leader Mukesh Agnihotri criticised Jal Shakti mantri for misbehaving and insulting those who come to seek redressal of the grievances at the government functions, alleging Jai Ram Thakur was wasting crores of money just to get political mileage .

"This minister (Mohinder Singh Thakur) has a dubious record of snubbing, insulting and misbehaving even Chief Secretary at the cabinet meetings. It's not ‘Jan Manch’ but ‘Rang Manch’ of the BJP”, he alleged .