If at all, the verdict interpreted differently in the two countries across the border could harden the position of the two South Asian neighbours further. 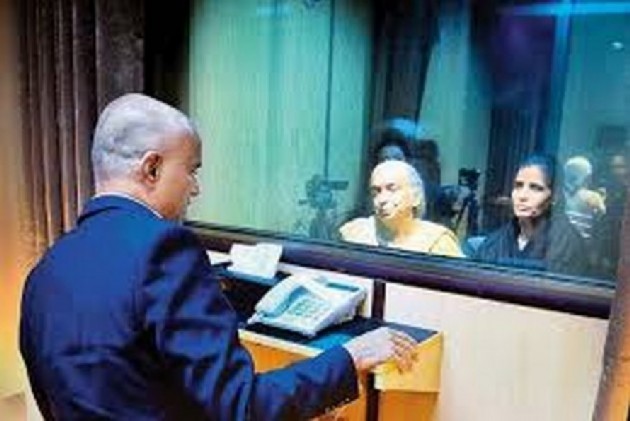 The International Court of Justice (ICJ)’s verdict on Kulbhushan Jadhav is unlikely to pave the way for an early resumption of the stalled India-Pakistan dialogue.

If at all, the verdict interpreted differently in the two countries across the border could harden the position of the two South Asian neighbours further.

The Hague-based ICJ Wednesday ordered “effective review and reconsideration of his conviction and sentences” — which in effect means to stall the execution order on Kulbhushan Jadhav and also directed Pakistan to allow India consular access to Kulbhushan. But it also rejected many of the other remedies sought by India -- annulment of the military court decision convicting Jadhav, his release and his return to India.

It now remains to be seen how early Pakistan implements the ICJ’s ruling.

Some recent developments, particularly the opening of Pakistani airspace for commercial flights to and from India, had raised hopes in certain quarters that perhaps, this was the first ‘positive’ step towards normalizing relations between the two countries. India-Pakistan bilateral relations had been under considerable strain since the Pulwama terror attack by Pakistan-based Jaish-e-Mohammed and India’s subsequent military action against the JeM training camps deep inside Pakistan.

But while India’s main aim will continue to get Jadhav released and finally back to India, a lot will depend on how early Pakistan starts implementing the ICJ ruling. Much will depend on how the ICJ verdict is seen by various political parties in Pakistan. If the government feels that it is being pressurized by India and the international community, it could look for ways of keeping Jadhav in its custody and also minimize India’s access to him.

It must be kept in mind that though India and Pakistan are both members of the ICJ and signatory to its charter, the court’s ruling is not binding. It often becomes a moral obligation for countries to follow its ruling. But there are also a number of instances when countries like the United States have turned a blind eye to the ICJ ruling and gone ahead with executions of alleged “foreign criminals” in its custody.

It is unlikely for Pakistan to follow the US precedent. But it can definitely slow down the pace of implementing the ICJ ruling, especially in granting consular access to India.

The other possibility is that Pakistan may use the “Kulbhushan card” to make India return to the talks-table and resume the dialogue. Since the Kulbhushan case has become an added irritant in India-Pakistan relations—with Pakistan trying to showcase him as a spy as part of its counter-narrative against the Indian charge of putting the spotlight on Islamabad for being the state sponsor of terrorism—it is highly unlikely that the neighbour would allow it to melt away without trying to extract a price from Delhi.

However, this might not work with the Narendra Modi-led government which is likely to keep up the pressure on Pakistan until it takes "visible, verifiable and irreversible” steps against the terror groups operating from its soil.

Therefore, though the senior leaders of the two sides, including the Prime Ministers of the two countries, are likely to cross each other’s path at various multilateral forums, India will not be in a haste to resume the dialogue with Pakistan.

An added reason for India’s reluctance to call a truce with Pakistan could also be recent developments on Afghanistan. The United States, Russia and China all have welcomed Pakistan's inclusion in the efforts that they have undertaken to restore peace and stability in Afghanistan. As India seems to be totally ignored from these initiatives, it may not come as a surprise if the Indian establishment carefully watches how Pakistan uses its influence over the Taliban to consolidate its place in Afghanistan and the region beyond.

The Pakistan-Taliban alliance under the US’ blessings in the past had posed a serious threat to India’s security. Therefore, the return of Pakistan in Afghan game and which is being endorsed by key international players is likely to make India more circumspect in committing itself to normalize ties with Islamabad without any visible evidence of the neighbour’s action against terrorism.