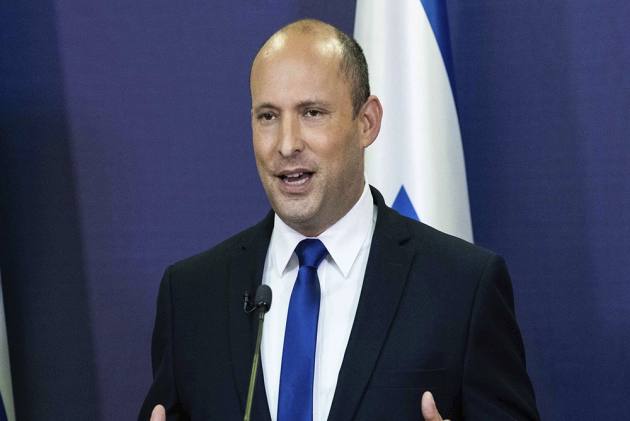 Long-serving Prime Minister Benjamin Netanyahu, who was the face of Israel for over a decade and more has finally been forced out of office. Indians are familiar with Netanyahu for his bonhomie with Prime Minister Narendra Modi. During Modi’s path-breaking visit to Israel in 2017, the first by an Indian PM, there was a virtual love-fest as Netanyahu embraced Modi and sent out tweets every hour to record the occasion. Since then, Netanyahu has been a hot favourite in India, especially among bhakts and supporters of the government.

Netanyahu, a sharp politician who served Israel for three successive terms of four years each, could not make it this time. Yet till the floor test in the Knesset (parliament) was taken, no one was very sure whether Netanyahu would not pull a rabbit out of his hat. That is the kind of formidable reputation he holds in the country. He has survived several attempts to dislodge him in the past. Nothing, not even the long-running corruption cases against him had succeeded in getting the wily Netanyahu a master politician out. This time his luck ran out. Not even the 11-day clash with Hamas in the Gaza Strip and his divisive agenda could stop his ouster.

Israel’s new Prime Minister Naftali Bennet unlike his predecessor is not much known outside Israel. Bennet, once a close aide of Benjamin Netanyahu, is again a right-wing politician who does not acknowledge the two-nation theory which is the basis of the Oslo Peace deal signed in … However Bennet is heading a coalition of disparate interests, all bound together to oust Netanyahu. These groups range from the far right to the left and include for the first time a small Arab party.

Naftali Bennett Sworn In As Israel's New Prime Minister: All You Need To Know About Him

According to the power-sharing arrangement hammered out by the coalition leaders, Bennet steps down after two years. He will be replaced by Yair Lapid, a centrist politician. Though Bennet is more hard-line than Netanyahu, the compulsions of coalition politics will stay his hand. If the coalition has to survive he cannot afford to advance his views on more and more new settlements in Gaza.

The new coalition has a wafer-thin majority of just one member. The final vote count on Sunday was 60 to 59. Netanyahu will not fade into the sunset. He already made a fiery speech in Parliament where he called the new government a "dangerous coalition" which he will do his best to replace the sooner the better.

Is India-Israel Equation Going To Change After Benjamin Netanyahu?

Nothing much will change in Delhi’s relations with Israel, as will remain in place despite Netanyahu’s absence. Relations between nations are not built on personal friendships but solid strategic compulsions. Those remain. Israel is now India’s second-largest supplier of defence equipment, though Russia continues to take the top slot. Intelligence cooperation between India and Israel is excellent and will continue despite political changes in either country. Israel’s expertise in dry agriculture is excellent and India will continue to access technology on this as well as many high-end products.

The new government will for now be concentrating on survival and hoping to bridge the divide between Jews and Palestinian Arabs living in Israel.

For the time being, domestic issues will be a priority. But if the current coalition lasts, it will certainly continue to build close relations with India. New Delhi’s abstention during the recent vote at the UN Human Rights Council for an independent inquiry into the violations by Israel in Gaza, was noted with appreciation in Israel. Whether it is Netanyahu, Bennet, or Lapid (if he becomes PM) all Israeli politicians want close ties with India.