Choksi and his nephew Nirav Modi had fled India in the first week of January, 2018, weeks before the scam in the PNB rocked the Indian banking industry. 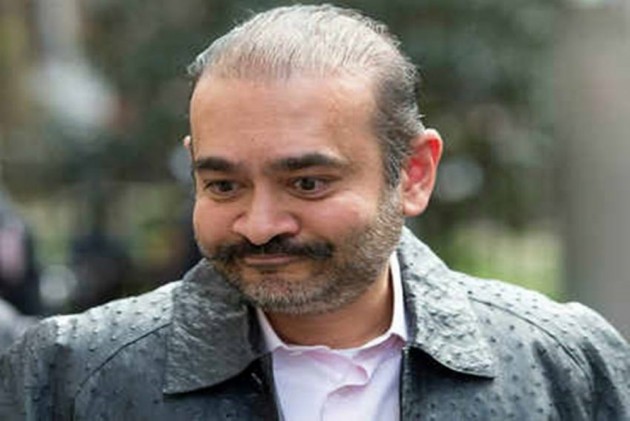 After fugitive diamond merchant Nirav Modi lost the first stage of his extradition appeal in the UK High Court, the Ministry of External Affairs said it has noted the decision and will continue its efforts to pursue his early extradition to India to face justice.

"We have noted yesterday's decision of the United Kingdom (UK) High Court against his plea to appeal against the extradition order," Ministry of External Affairs (MEA) Spokesperson Arindam Bagchi said.

"We will continue our efforts to pursue his early extradition to India to face justice," he said.

A high court official confirmed that the permission to appeal was "rejected on paper" on Tuesday, which left the 50-year-old jeweller with a chance for his lawyers to make his case at a brief oral hearing in the high court with a renewed "leave to appeal" application for a judge to determine if it can proceed to a full appeal hearing.

To a question on diamond merchant Mehul Choksi, Bagchi said the Indian side is in touch with Dominican authorities regarding the legal proceedings underway there against him.

"I don't have any immediate update to share," he added.

A Dominican magistrate court adjourned till June 25 the hearing into alleged illegal entry of Choksi into the Caribbean island nation, local media there had reported earlier last week.

Choksi and his nephew Nirav Modi had fled India in the first week of January, 2018, weeks before the scam in the PNB rocked the Indian banking industry.

Nirav Modi escaped to Europe and was finally held in London where he is contesting his extradition to India, while Choksi took citizenship of Antigua and Barbuda in 2017 where he was staying since his escape from Delhi.

Choksi, 62, had mysteriously gone missing on May 23 from Antigua and Barbuda.

He was detained in neighbouring island country Dominica on May 23 for illegal entry after a possible romantic escapade with his rumoured girlfriend.

His lawyers alleged that he was kidnapped from Jolly Harbour in Antigua by policemen looking like Antiguans and Indians and brought to Dominica on a boat.

To a separate question on 24-year-old Vishal Jood, who is lodged in an Australian prison reportedly over his alleged hand in a series of hate attacks on suspected pro-Khalistan Sikhs in Sydney this year, Bagchi said the matter is now sub-judice in Australia.

"I know that consular access to Vishal Jood was granted on June 17 and our high commission is in touch with the Australian authorities," he said.

Responding to another question on the status of extradition of radical preacher Zakir Naik to India from Malaysia, Bagchi said there is no immediate update on the Zakir Naik issue.

"Talks have been going on with Malaysian authorities for his extradition. We will share an update when there is one," the MEA spokesperson said.