On Thursday, during the GST Council meeting, Nirmala Sitharaman had said the economy had been hit by Coronavirus pandemic, which is an 'Act of God', and that it will see a contraction in the current fiscal. 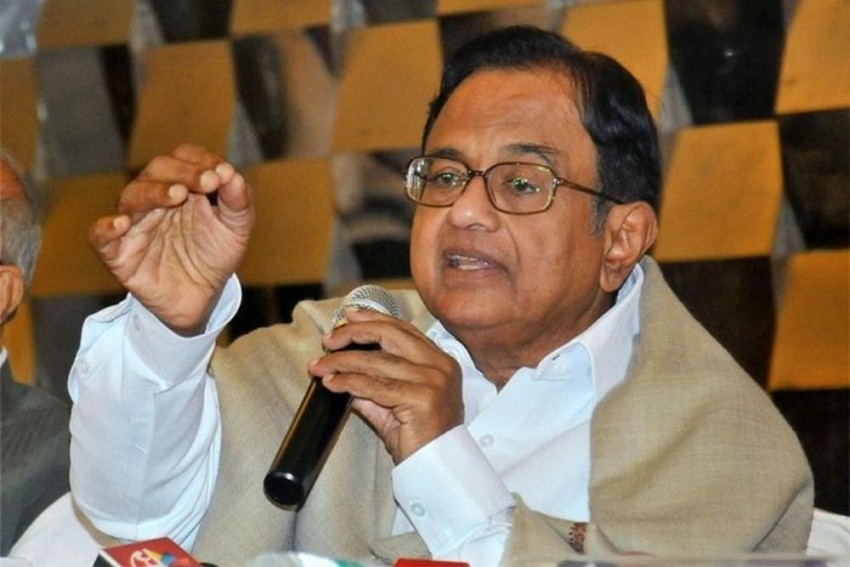 Taking a dig at Finance Minister Nirmala Sitharaman over her "Act of God" remark on the economy, Congress leader P Chidambaram on Saturday asked "the FM as the Messenger of God" to "please answer" how to describe the "mismanagement" of the economy before the coronavirus pandemic.

Sitharaman on Thursday said the economy has been hit by the pandemic, which is an "Act of God", and it will see a contraction in the current fiscal.

Taking a swipe at Sitharaman over the remark, Chidambaram said, "If the pandemic is an ‘Act of God’, how do we describe the mismanagement of the economy during 2017-18, 2018-19 and 2019-20. Before the pandemic struck India?"

"Will the FM as the Messenger of God please answer?" the former finance minister asked on Twitter.

In a series of tweets, the senior Congress leader also slammed the Centre for asking states to borrow more to make up for revenue losses due to pending GST dues.

He asserted that the two options given by the Modi government to the states to bridge the GST compensation gap are unacceptable.

"Under the first option the states are asked to borrow by pledging their future receivables under Compensation cess. The financial burden falls entirely on the states," Chidambaram said.

"Under the second option, states are asked to borrow from the RBI window. It is more market borrowing, only by a different name. Again, the entire financial burden falls on the states," he said.

Chidambaram claimed the Central government is absolving itself of any financial responsibility.

This is "gross betrayal" as well as a "direct violation of the law", he alleged.