'Will Not Be Able To Live Without Didi': BJP's Sonali Guha

In the letter, which was shared by Sonali Guha on social media, she said that she left the party after being emotional. 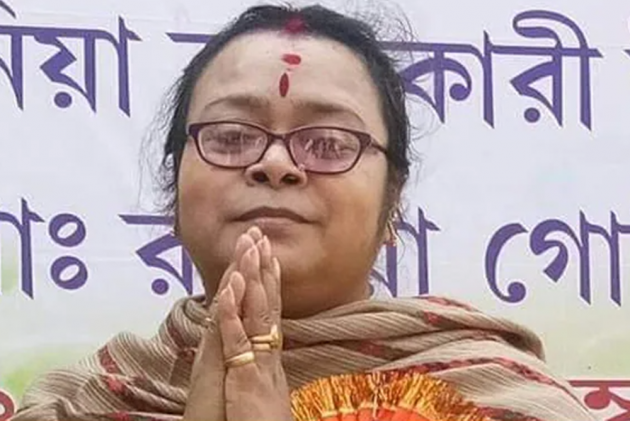 Former TMC MLA Sonali Guha on Saturday wrote to Chief Minister Mamata Banerjee and apologized to her for leaving the party and urging her to take her back.

Guha had switched over to the BJP ahead of the elections.

In the letter, which was shared by Guha on social media, she said that she left the party after being emotional.

"I am writing this with a broken heart that I took the wrong decision of joining another party after being emotional. I could not get accustomed there," she said.

"The way a fish cannot stay out of the water, I will not be able to live without you, 'Didi'. I seek your forgiveness and if you don't forgive me, I won't be able to live. Please allow me to come back, and spend the rest of my life in your affection," she added.

Guha, a four-time MLA and once considered to be the 'shadow' of the chief minister, was among the slew of TMC leaders who switched over to the BJP ahead of the assembly elections.

She was dropped from the TMC's candidates' list this time, following which she left the party after an emotional outburst on TV channels, and joined the BJP.

She did not fight the elections, but had said that she would work for strengthening the BJP's organisation.

When contacted, Guha said that she felt "unwanted" in the BJP.

"My decision to join the BJP was a wrong one and I can feel that today. I did not bother to tell the BJP about leaving that party. I always felt unwanted there. They tried to use me and asked me to badmouth Mamata-di. I could not do that," she said.

Guha, a former deputy speaker of the state assembly, said she was willing to meet the chief minister to rejoin the TMC.

"I will personally try to meet 'Didi' but she is the chief minister and must be busy. You cannot expect her to give you time whenever you seek an appointment," she said.

"I will go to her residence next week on the day when the last rituals of her brother who passed away recently are scheduled and try to talk to her," Guha said.