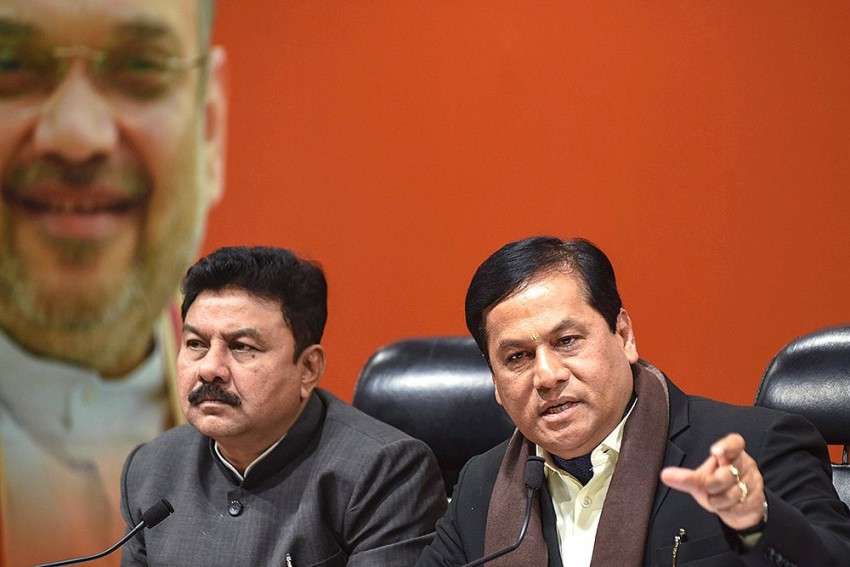 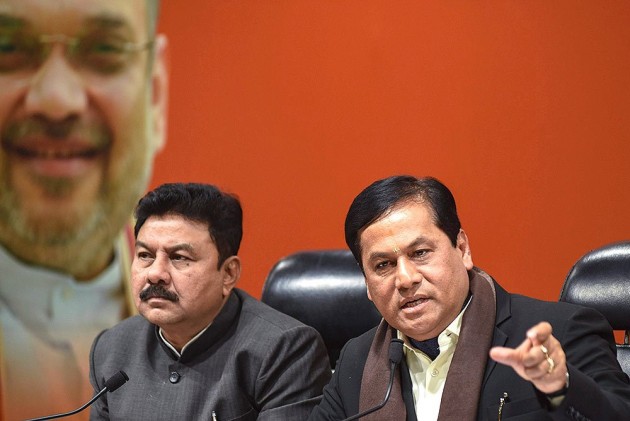 Assam Chief Minister Sarbananda Sonowal on Friday warned of taking strong action against those involved in arson and violence in the state, saying vandalism has no place in any democratic process.

Sonowal also asserted that he was committed to protecting the rights of the indigenous people of the state and urged parents of students to persuade them not to join any agitation which turns violent.

"We will not tolerate any violence. Strong action will be taken against anyone who is involved in vandalism," he told PTI.

The chief minister's comments came after two days of continuous violence by a section of protesters in the state against the Citizenship (Amendment) Bill, 2019, which was approved by Parliament on Wednesday and got Presidential assent on Thursday night.

Frenzied mobs blocked roads in different parts of Assam with burning discarded tyres and menaced commuters by bludgeoning their vehicles with sticks and stones.

Two railway stations were torched while houses of several legislators, including the private residence of Sonowal, were attacked by mobs.

The chief minister said his government has no problem with non-violent democratic process but those indulging in vandalism, taking advantage of the protests, will be dealt with sternly.

"Some people are trying to spread wrong information to mislead people and aggravate the situation. I appeal to everyone not to do anything that will disturb peace," he said.

Sonowal also asked people of the state not to worry about the amended Citizenship Act, saying the traditional culture, language, political and land rights will be protected by implementing Clause 6 of the Assam Accord.

He said a committee has been constituted under the chairmanship of Justice Biplab Sarmah (retd), who has been given the task of preparing recommendations for ensuring the constitutional safeguards to the people of Assam.

The central government has categorically stated that the recommendations of Clause 6 committee will be fully implemented, the chief minister said.

Two persons were killed on Thursday in police firing in Assam to quell protests against the contentious Act, with thousands descending on the streets defying curfew as Prime Minister Narendra Modi vowed that his government was committed to safeguarding their rights.

Several towns and cities were placed under indefinite curfew, including Guwahati, the epicentre of protests, besides Dibrugarh, Tezpur and Dhekiajuli. Night curfew was imposed in Jorhat, Golaghat, Tinsukia and Charaideo districts, officials said.

Lotus On Passports As Part Of Security Features To Detect Duplicates: Govt