All the studies have indicated that Omicron will infect with far greater speed than any of its previous variants but will show mild symptoms and will not cause any severe disease of the lungs. 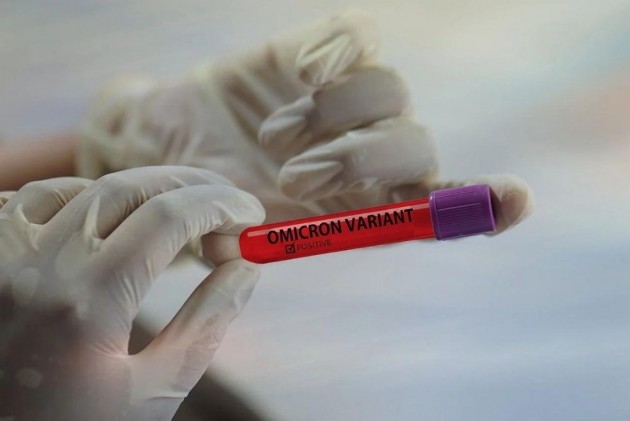 In the past two months, about half a dozen research have been undertaken to study the infectivity and severity of the new variant of Sars_Cov_2, Omicron, which originated from South Africa in early November last year.

All the studies have indicated that Omicron will infect with far greater speed than any of its previous variants, however, it will show mild symptoms and will not cause any severe disease of lungs because of various scientific reasons.

The infection and hospitalisation data from almost every country are in conformity with these studies as the number of infections are quite high, however, there is no proportionate increase in hospital admissions of patients. So what makes Omicron a boon in disguise. The answer lies in the following five studies:-

Omicron can bring the pandemic to an end

A report published in the International Journal of Infectious disease on December 28 highlights a study in South Africa that shows that the Omicron causes low severity of Covid-19 disease.

“The Omicron variant first documented in the City of Tshwane, Gauteng Province, South Africa on 9 November 2021 led to exponential increases in cases and a sharp rise in hospital admissions. The clinical profile of patients admitted at a large hospital in Tshwane is compared with previous waves,” the report said.

“There was decreased severity of disease in the Omicron driven fourth wave in the City of Tshwane, its first global epicentre,” it said in the concluding paragraph.

This is the most recent study which was posted on the reputed scientific journal medRxiv on January 11, 2022. Dr Rochelle Walensky, director of the US Centers for Disease Control and Prevention, has reportedly quoted this study and said in recent press briefings that Omicron causes the less severe disease to patients when compared with the previous variant delta.

It is 70 times faster but less severe in the lungs

In mid-December last year, a team of researchers at the University of Hong Kong came out with the first information on how the new variant Omicron infect the human respiratory tract.

“The researchers found that Omicron SARS-CoV-2 infects and multiplies 70 times faster than the Delta variant and original SARS-CoV-2 in the human bronchus, which may explain why Omicron may transmit faster between humans than previous variants,” The University of Hong Kong website said.

It added, “Their study also showed that the Omicron infection in the lung is significantly lower than the original SARS-CoV-2, which may be an indicator of lower disease severity. This research is currently under peer review for publication.”

It causes attenuated infection and disease in mice, hamsters

In a study released on December 29, 2021, Michael Diamond, a virologist at Washington University in St. Louis, Missouri, and his team claimed that the Omicron variant causes attenuated infection and disease in mice and hamsters.

A team of researchers at The University of Cambridge, United Kingdom (UK) used lab-grown lung cells to understand the progression of Omicron.

The surfaces of many cells in the lungs possess the protein TMPRSS2. This protein normally facilitates the entry of viruses into the lung cells. In this study, it has been observed that this protein (TMPRSS2) doesn’t fuse with Omicron and thus the new variant doesn’t gain easy entry into the lungs. In the case of Delta, TMPRSS2 does facilitate an easy entry to the lungs. It is due to this reason, Omicron remains restricted to upper respiratory tracts only.