‘We will not only prove the charges against the minister, but also drag him to court and make sure he is punished for his corrupt deeds,’ Stalin said. 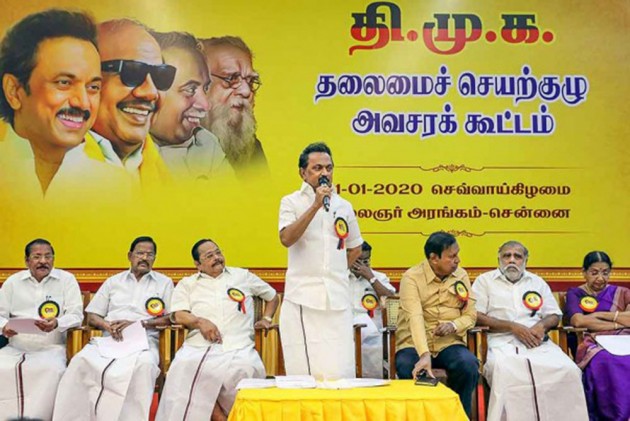 Responding to Velumani's challenge to prove the corruption charges levelled against him or quit politics, Stalin said, "I am ready to quit politics. Are you (Velumani) ready?"

The DMK Chief was addressing a people's gram sabha meeting at Devarayapuram in Thondamuthur constituency, represented by the minister.

Referring to the memorandum submitted by the DMK to the state Governor last month listing corruption charges against the CM and his colleagues, Velumani had said he would step down from his post if the charges were proved and sought to know whether Stalin was ready to quit politics if he failed to do so.

"We will not only prove the charges against the minister, but also drag him to the court of law and get him punished for his corrupt deeds..." Stalin said.

Stalin promised to order an inquiry into the “mysterious death” of late chief minister J Jayalalithaa, since the judicial commission constituted by the government has not submitted its report even after three years, immediately after assuming power.

The DMK leader also mocked the AIADMK for announcing K Palaniswami as the chief ministerial candidate, as its alliance partner BJP was yet to endorse him.