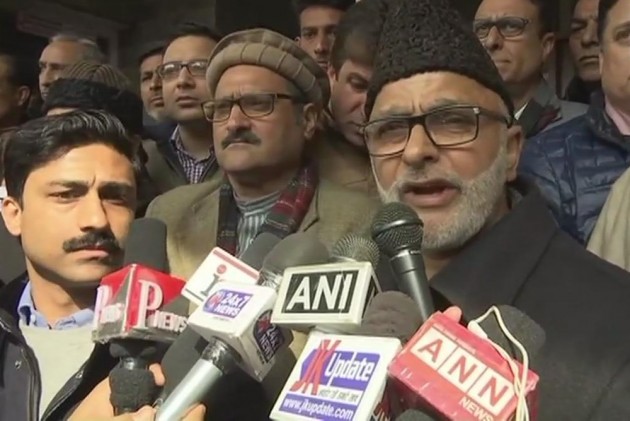 On the 115th birth anniversary of Sheikh Mohammad Abdullah, National Conference on Saturday said it is committed to fighting for the restoration of J&K's autonomy and Article 370 in Jammu and Kashmir.

Talking to media persons outside Sheikh's mausoleum, the National Conference leaders said they will fight for the restoration of autonomy and Article 370. National Conference president Dr Farooq Abdullah and the party’s vice-president Omar Abdullah did not talk to the media after offering prayers at Sheikh’s grave leaving the room for other NC leaders to speak up.

National Conference general secretary Ali Mohammad Sagar said Sheikh brought a renaissance in Jammu and Kashmir and three generations of Kashmiris have benefited due to reforms initiated and implemented by Sheikh. He said Sheikh had worked all along for the autonomy and welfare of Jammu and Kashmir. “And at the same time, he would warn his colleagues and people that the autonomy enjoyed by people of Jammu and Kashmir will be attacked and many would try to weaken it. The BJP government did it by revoking Article 370 and taking away autonomy from us,” he said.

He said the government is trying to create leaders from every nook and corner of Kashmir to weaken the voice of Jammu and Kashmir.

Sagar said the formation of the People's Alliance for Gupkar Declaration’s main objective is to restore Article 370. He said the BJP has resorted to all kinds of tactics to silence the people of Kashmir. “But these acts of suppression won’t last long,” Sagar added.

He said one day the Centre will have to restore the same position to Jammu and Kashmir that existed in J&K before 1953. On August 9, 1953, the then Prime Minister of J&K Sheikh Mohammad Abdullah’s government was dismissed and he was arrested on charges of being a Pakistani agent. His deputy, Bakshi Ghulam Mohammed, was appointed as the new Prime Minister.

On June 26, 2000, the Jammu and Kashmir Legislative Assembly adopted by voice vote a resolution accepting the report of the State Autonomy Committee (SAC), recommending greater autonomy to the State. The then Chief Minister Dr Farooq Abdullah had expressed confidence that it would be implemented.

Senior NC leader and MP Mohammad Akbar Lone said the party will do everything to see Article 370 restored in Jammu and Kashmir. Lone said he was confident of winning the elections of the district development council polls. He said whenever Assembly polls will be announced his party will participate in the polls to win the elections.

After the revocation of Article 370 on August 5, 2019, the government of Jammu and Kashmir dropped Sheikh Mohammad Abdullah’s birth anniversary from the list of official Jammu and Kashmir Holiday Calendar 2020.