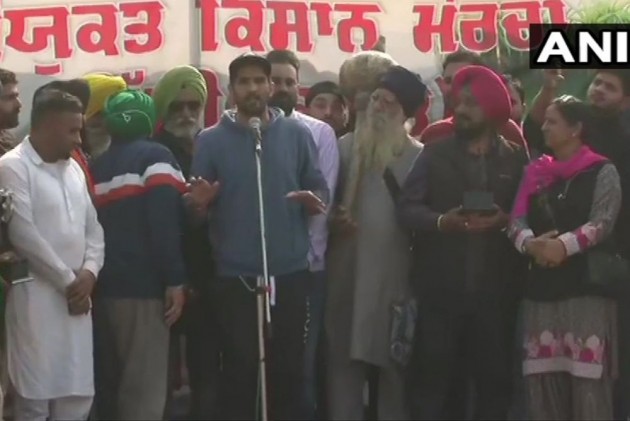 Boxer Vijender Singh on Sunday threatened to return the 'Rajiv Gandhi Khel Ratna' award, the country's highest sporting honour, if the Centre does not withdraw the new farm laws.

Addressing the protesting farmers' near Singhu border, Vijender Singh said if the government does not take back the "black laws", he would request them to take back the 'Rajiv Gandhi Khel Ratna' award conferred on him earlier.

The 35-year-old trailblazing boxer who hails from Haryana joins the list of several former players, including Padma Shri and Arjuna awardees who have said they would return their awards in support of the farmers' agitation against the Centre's three farm laws.

Thousands of farmers from Punjab and Haryana have stayed put at various Delhi border points for over a week, protesting against the new farm laws, which they fear will dismantle the minimum support price system, leaving them at the "mercy" of big corporates.