Anna Hazare, an anti-corruption crusader, was awarded the third highest civilian honour in 1992. 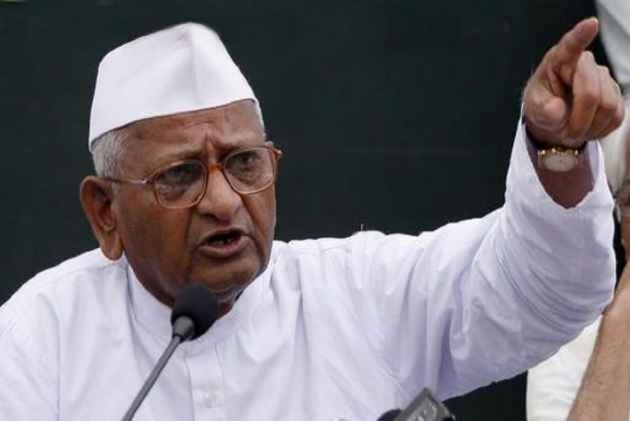 Anna Hazare, a social activist who is on an indefinite hunger strike has warned that if the Centre does not concede to his demands for Lokpal and Lokayukta, he will return the Padma Bhushan award to the President.

Speaking to media on Sunday, the anti-corruption crusader said he arrived at this decision due to the grim scenario prevailing in the society and country.

"I will be returning my Padma Bhushan award to the President. I did not work for that award. You only gave me that while I was working for a social cause and the country. If the country or society is in this condition, then why should I keep that?" he asked.

The 81-year-old anti-corruption crusader was awarded the third highest civilian honour in 1992.

Hazare is on indefinite hunger strike for the last five days at his native village to push for his demand of Lokpal at the Centre and Lokayukta in states.

The social activist launched his indefinite hunger strike on January 30 under the banner of 'Jan Andolan Satyagraha'.