Will See India's Concerns Are Being Accomodated In RCEP: PM Modi

Prime Minister Narendra Modi is travelling to Bangkok to participate in the 16th ASEAN-India Summit on November 3. He will also attend the 14th East Asia Summit and the 3rd Summit meeting of nations negotiating a Regional Comprehensive Economic Partnership (RCEP) agreement on November 4. 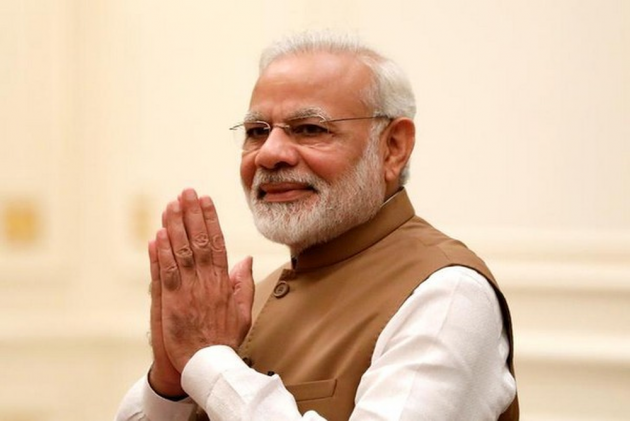 As he left for his visit to Bangkok, Prime Minister Narendra Modi on Saturday said India will consider whether its concerns and interests in trade in goods, services, and investments are being fully accommodated when he attends the meeting of the Regional Comprehensive Economic Partnership there.

Modi is travelling to Bangkok to participate in the 16th ASEAN-India Summit on November 3. He will also attend the 14th East Asia Summit and the 3rd Summit meeting of nations negotiating a Regional Comprehensive Economic Partnership (RCEP) agreement on November 4.

In a statement before his departure, the prime minister said during the visit, he will also hold bilateral meetings with a number of other world leaders present at Bangkok for related summit meetings.

"The ASEAN-related summits are an integral part of our diplomatic calendar, and an important element in our Act East Policy. Our partnership with ASEAN is built around the key pillars of connectivity, capacity-building, commerce and culture," he said.

In January 2018, India had celebrated the 25th anniversary of its Dialogue Partnership with ASEAN in a special commemorative Summit in New Delhi where leaders of all 10 ASEAN states were chief guests at the Republic Day parade, he pointed out.

The East Asia Summit (EAS) is today the leading element in the regional cooperative architecture, as a singular, leaders-led structure that is centered around ASEAN, and includes as members major countries in the region or with important interests in it, he said.

"We will be reviewing significant regional and global issues on the Agenda of the EAS, and examining the state of our current programmes and projects. I will also focus on our Indo-Pacific strategy, on which I am happy to note strong convergences with ASEAN partners and others at the EAS," Modi said.

At the RCEP Summit, India will take stock of the progress in RCEP negotiations, he said.

"We will consider all issues including whether India's concerns and interests in trade in goods, services, and investments are being fully accommodated, during this summit," the prime minister asserted.

Other elements of his visit include participating in a special leaders luncheon event on November 4, organised by the prime minister of Thailand, as chair of ASEAN on sustainability.

"I will also attend a reception organised by the Indian community in Thailand on November 2 (Saturday evening). People of Indian Origin, and non-resident Indians have made significant contributions to Thailand and to the important relationship India shares with the Kingdom of Thailand," Modi said.