Justice Ranjan Gogoi has been nominated to the Rajya Sabha, the upper house of the Indian Parliament, by President Ram Nath Kovind. 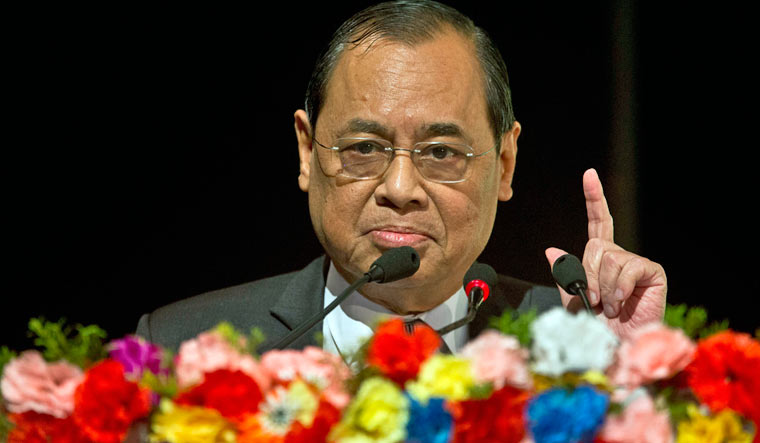 Gogoi, however, said he will speak in detail about the issue, over which he and the Modi government have come under attack, after taking oath as a member of the Rajya Sabha.

"I have accepted the offer of the nomination to the Rajya Sabha because of strong conviction that the legislature and judiciary must, at some point of time, work together for
nation-building.

"My presence in Parliament will be an opportunity to project the views of the judiciary before the legislature and vice versa," he told an Assamese news channel.

Gogoi has been nominated to the Rajya Sabha, the upper house of the Indian Parliament, by President Ram Nath Kovind on Monday.

Justice Gogoi had retired in November last year after presiding over the Supreme Court for around 13 months.

Gogoi, the first person from northeast to reach the top of the judiciary and credited for bringing the curtains down on the decades-old politically and religiously sensitive Ayodhya land dispute, retired as the CJI on November 17 last year.

Justice Gogoi's tenure as judge and as CJI was marked by some controversies and allegations of sexual harassment, of which he was later cleared.

The nomination of Gogoi to the Rajya Sabha has stirred a debate on the independence of the judiciary and, at the same time, evoked criticism from the Opposition, which has termed the nomination "quid pro quo"

In another tweet, Surjewala said: "Did PM Modi consider the advice of his former colleague and Law Minister and Finance Minister, Late Sh. Arun Jaitley before recommending ex-CJI, Ranjan Gogoi to the Rajya Sabha?"