'Will Speak To Trump Over Phone', Says Ramdas Athawale Condemning US Capitol Attack

Athawale said he used to have a lot of respect for Trump but it dissipated after the latter insulted the public mandate. 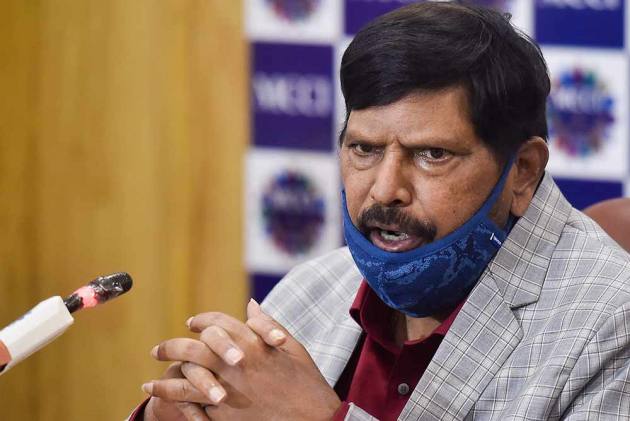 One 'Republican' to another: Athawale slams Trump over siege

Slamming US President and Republican leader Donald Trump over the attack on US Capitol, union minister Ramdas Athawale said that he is going to speak to Trump over the phone.

Athawale on Friday said US President Donald Trump has lost the right to be called a Republican after his supporters stormed the Capitol in a bid to overthrow the November 3 election result.

The incident that took place (at US Capitol) is condemnable. It is not only an insult to the Republican Party but also to America & democracy. That is why we are expressing our displeasure. I will try to speak to him (Trump) over phone: Union Minister Ramdas Athawale (08.01) pic.twitter.com/Py3gUUDYX1

‘Twitter Is Not About Free Speech, Will Not Be Silenced': Donald Trump

Athawale said he used to have a lot of respect for Trump but it dissipated after the latter insulted the public mandate following the US presidential election.

"What Trump did ahead of the transition of power is detrimental to democracy and so he has lost the right to be called a Republican," the Republican Party of India leader said in a statement.

"Trump should have conceded defeat and made efforts to win the next election but instead of doing so, he disrespected people's mandate and insulted democracy," said Athawale, who sometimes comments on matters of global concern.

Five persons were killed and 60 arrested after several protesters broke into the Capitol building on Wednesday and roamed the corridors as tens of thousands gathered outside in support of Trump's false claims of election fraud.